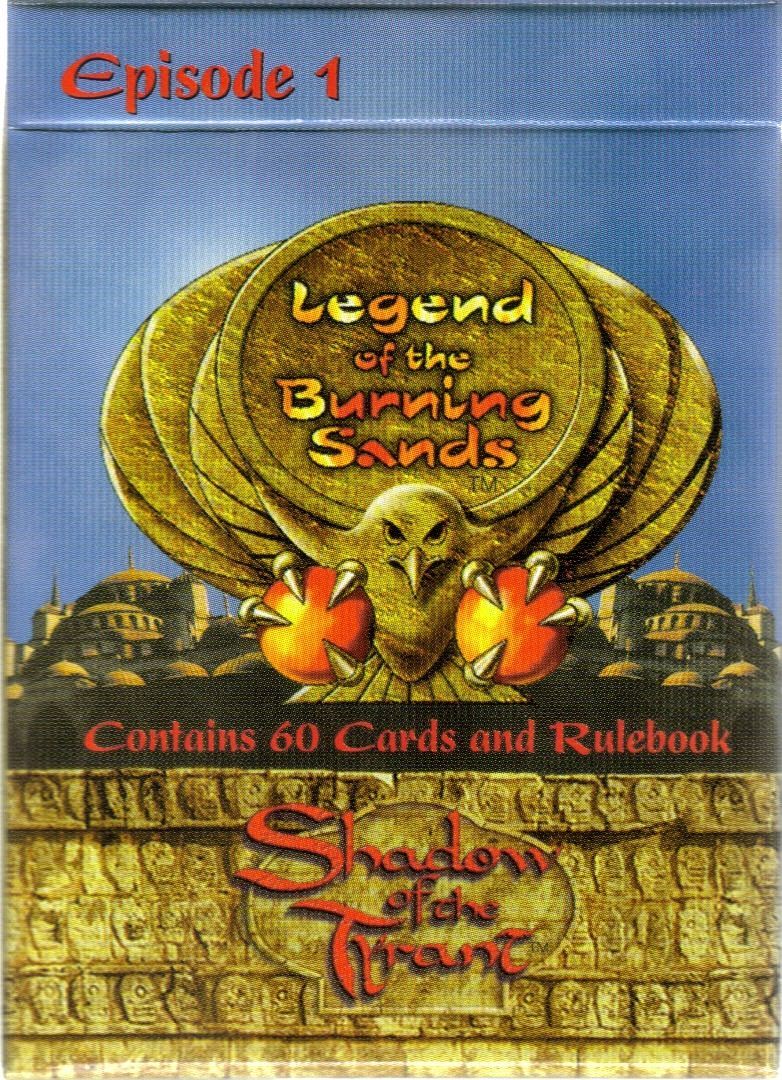 A collectible card game (CCG) set in the world of Rokugan (the same as L5R) that has got a definite Middle-eastern feeling to it. Think of 1001 nights and you got it. Everything in the game centers on Medinaat al-Salaam, the Jewel of the Desert, a sprawling city where different factions vie for control. As of the Awakening set there are 12 factions in the game. A very short description of them: Assassins – You guessed it, assassins. ;) Moto – Mongols, likes to raid Senpet – Ancient Egyptians Ashalan – Immortal alien star gazers Qabal – Rebellious Jinn summoners Ebonites – Crusaders Jackal – Evil cultists Celstial Alliance – Djinns and more djinns Dahab – Merchants faction Ivory Kingdom – Evil Indian Cult Ra’Shari – Gypsies Yodatai – Romans The city and the river that runs through it is the only source of water in the desert and thus the one who controls the city and the water controls the desert. The city is ruled by the dread Caliph and her (yes, she’s female) semi-undead followers. Much is going on in the city and the story evolves through the sets. There are four sets all in all and each set had a "bug" on them to make it easy to identify what set a certain card came from. The "bug" is a small symbol in the lower right corner of the card just in front of the Illustrator name. Faction included in that set listed as well: Shadow of the Tyrant (156 cards) – No marking being the first set. (Assassins, Moto, Senpet) Secrets and Lies (104 cards) – A small Maltese cross. (Ashalan, Qabal) Black Hand, Black Heart (104 cards) – Four small rectangles. (Ebonites, Jackal) The Awakening (464 cards) – A new moon. (Celestial Alliance, Dahab, Ivory Kingdoms, Ra’Shari, Yodatai) These markings are hard to spot on some cards. To confuse things, several cards were printed in all or at least several sets even though they are only listed under the first set they were included in.