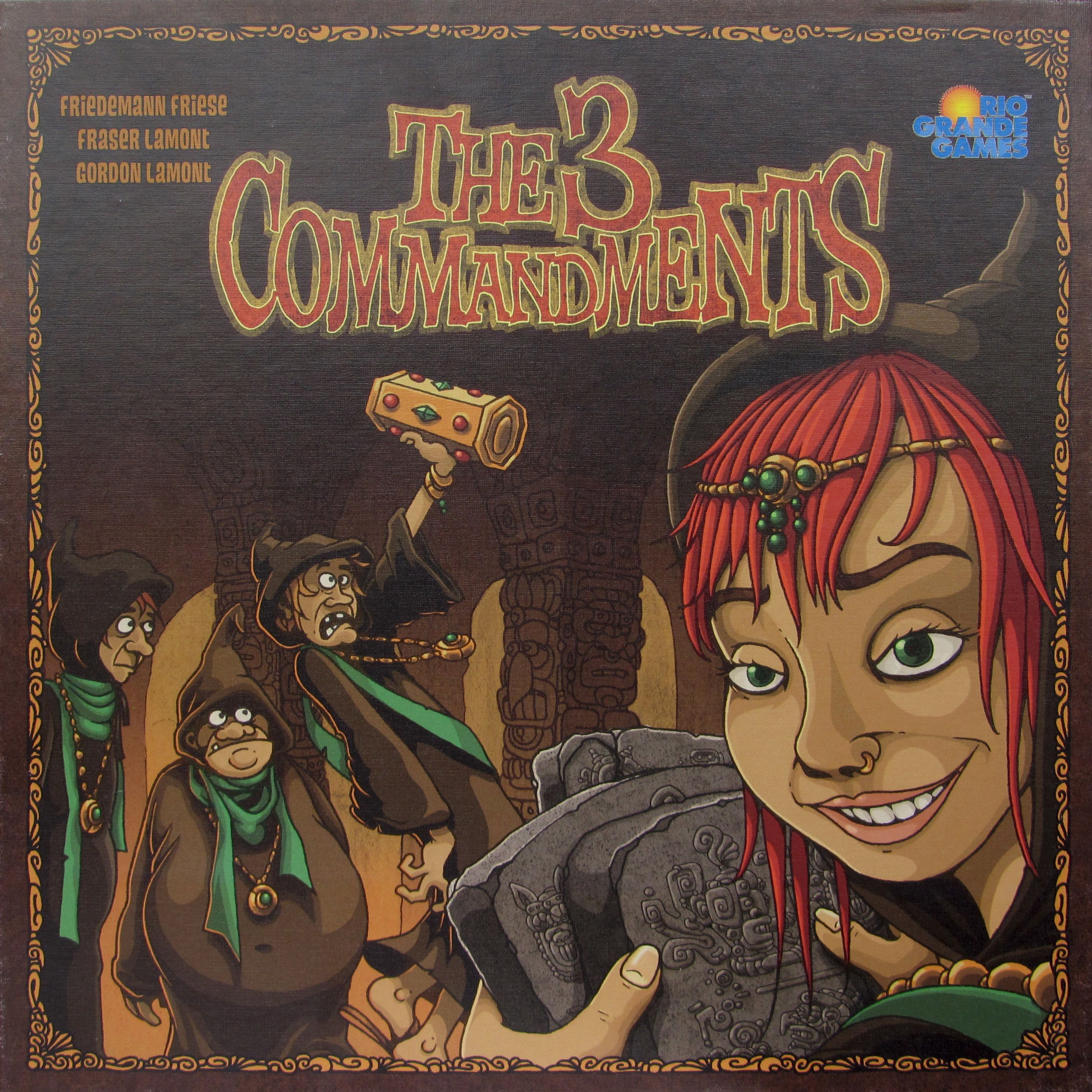 From the publisher: "Torches are blazing, mists are wafting ... in the Holy Circle the High Priestess celebrates her ritual with her novices. They sing with all their heart, cuddle the artifacts, and rearrange them in ever new patterns. "But what if you do not know the religious rules? The best thing is to watch what the others are doing and imitate them. But cautious: Maybe your neighbor just violated a taboo and made the High Priestess angry … "Each player takes the role of the High Priestess once and determines the rules of her own religion. The other players are novices trying to sense these rules and thus gather as much karma as possible." The "priestess" player secretly chooses four cards that determine which actions are rewarded and which taboo. The other players simply move a pawn on the board and are awarded points by the priestess based on how their actions (including seemingly irrelevant ones like body movement or tone of voice) correspond with the rules. At the end of a round the priestess receives the same score as the highest-scoring adept, encouraging her to make the rules difficult but not impossible to guess.