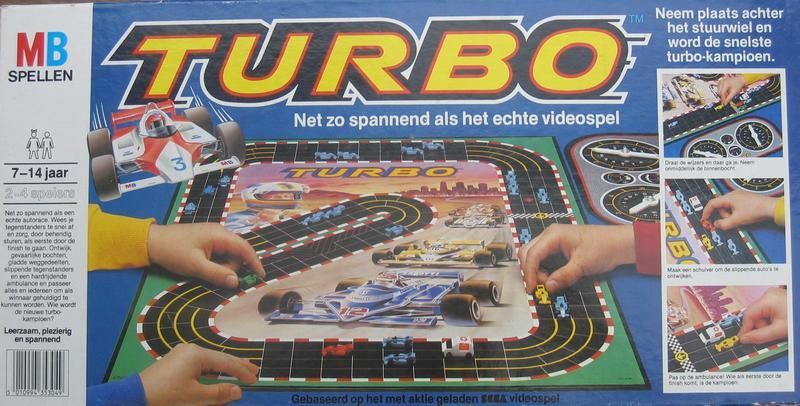 Milton Bradley released a string of games in the early 1980's that were themed on a popular video arcade game of the time. This is one of them, based on Sega's Turbo. Players spin the spinner and move their cars along the track. Non-player cars on track spaces block movement, so players can set up blockades in places to keep from being passed. First one across the finish line wins. There are two versions of the game. Blocking cars are gray plastic which may be positioned on the board Blocking cars are printed in specific spaces on the board