Doctor Who: Battle for the Universe - Universal Statistics 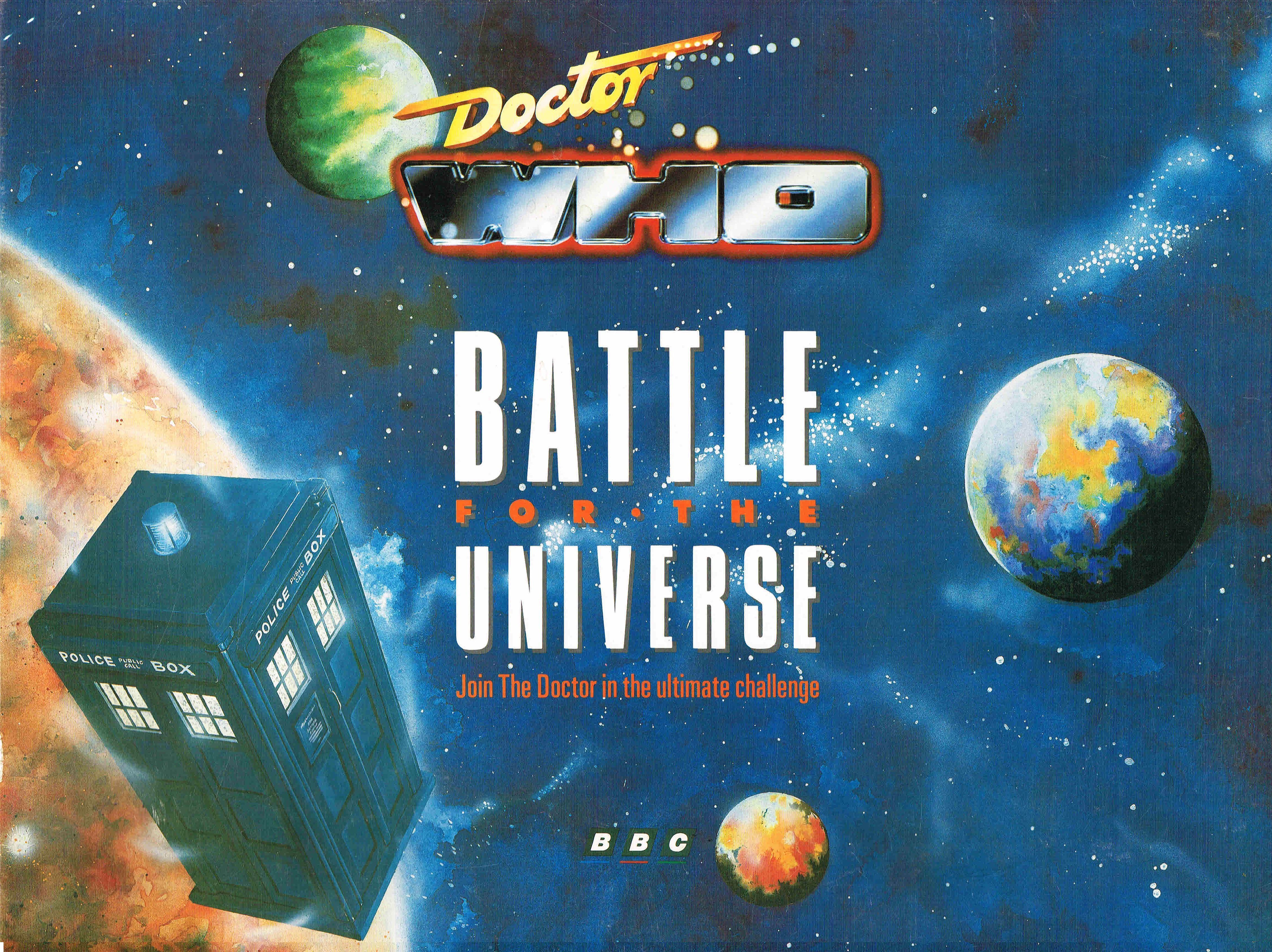 DOCTOR WHO - BATTLE FOR THE UNIVERSE Summary Doctor Who, Battle for the Universe, is a game of battles and challenges for two, three, or four players. One player takes the part of The Doctor, and the others become one of his three arch enemies, i.e. Davros, The Master, or the Cyber Controller. Each of these characters has a team of four followers, Davros and four Daleks, The Doctor and his assistants, etc. There are also many other characters in the game that may be recruited. By collecting these characters each player tries to build a powerful team. By a series of battles and challenges, players fight for control of the universe until only two players remain and a final great battle decides the victor. Characters There are four main characters in the game, each having a team of four loyal assistants. These are: 1) The Doctor and his four assistants, Tegan, Ace, Romana and K9; 2) Davros and four Daleks; 3) The Master and his evil Time Lords, Morbius, Borusa, Omega and Rani; 4) The Cyber Controller with four Cybermen. The remaining cards comprise three Ice Warriors, three Mutants, two Marshmen, The Black Guardian, Linx, Shockeye and Garron. Each card lists the character's "Inner Force" (his inherent strength), and a list of weapons and devices with which he is skilled. Set Up Each player rolls the die - the highest scorer becomes The Doctor, and takes the character card of The Doctor and places it in front of them. The other players, in order of score, select one of the main characters. The Doctor takes the four white counters - these represent his four regenerations, or lives. The other players take the appropriate colored counters. The Master - black, Davros - red, etc. Place the silver counter on the ring at the top of the board. (The ring of weapons and devices) on the space marked by the Magic Recorder. The Doctor can then place ONE of his white counters on any one of the Tardis spaces on the three main movement rings on the board. The other players can now place their counters on any of the Hyperspace squares on the board, though not on the same space as another player. The other character cards are left in the box for easy access during the game. Movement (always clockwise) is determined by rolling the die. You can move from one ring to another as long as it does not involve an anti-clockwise movement. You land on spaces that allow you to take certain actions: collect a character, hyperspace to any other hyperspace square, Battle Zone 1, 2, or 3. You select a character for battle and the silver counter is moved based upon a die roll, thus selecting your weapon for the battle. The ring of weapons and devices is only used during battle and challenges. The rules contain sections for "How to play with 3 Players" and "How to play with 2 Players"