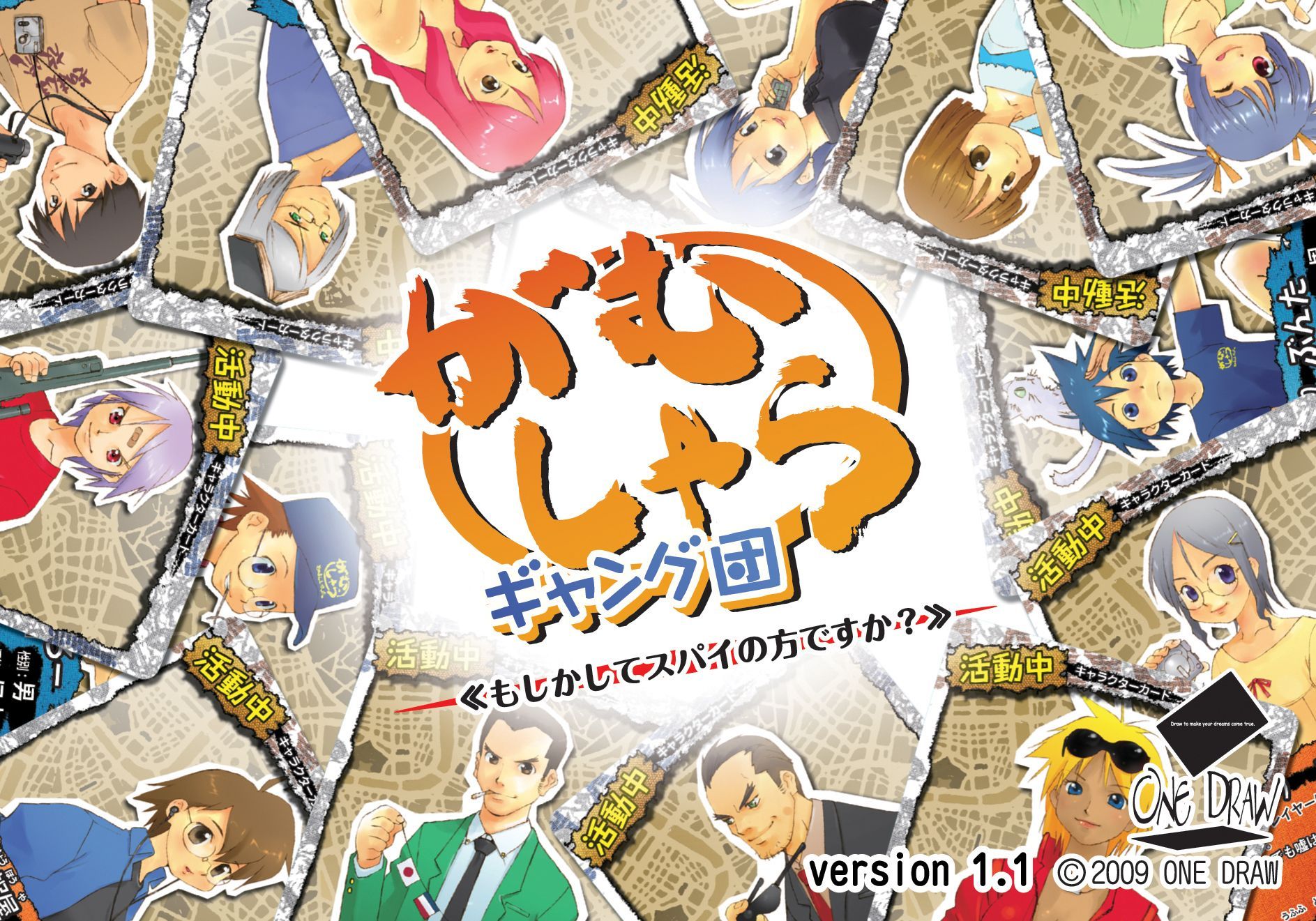 Translated from the box back: Story The wildest gang in the world: The Gamushara Gang. One day, the boss suddenly announces his retirement! Who will be the next boss!? The race for the boss's seat begins! And in the middle of this chaos, one rumor starts… "There is a spy in the Gamushara Gang!!" Who is the spy!? And who will stand as the next boss!? Will you fool the others, or be fooled? A blood-boiling game is about to begin! Game In this game, the players take the role of a gang member, and competes against them. They will be eliminated one by one, and the last player standing is the winner. (But there is a spy among them, so don't be fooled!!) A psychological game of guessing, bluffing and gambling that can make anyone suspicious about everything! Illustrated by Toshinobu Kondo