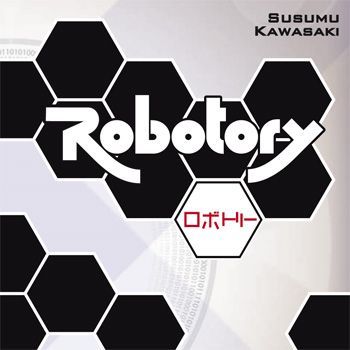 Three robots are on the game board in Robotory, and to win a player must have at least two robots on their side of the game board when the supply cubes of one color are exhausted. On a turn, a player either places a cube of either color from their personal supply onto the game board, takes cubes from the supply, or moves a robot; to move, a robot "eats" cubes of the appropriate color, with two of the robots eating cubes of only one color and the third robot eating cubes of both colors. The 2015 edition of the game, PakuPakuPark, replaces the robots in a factory with animals on a farm, with the dog eating ham, the cat eating fish, and the pig eating both foods.