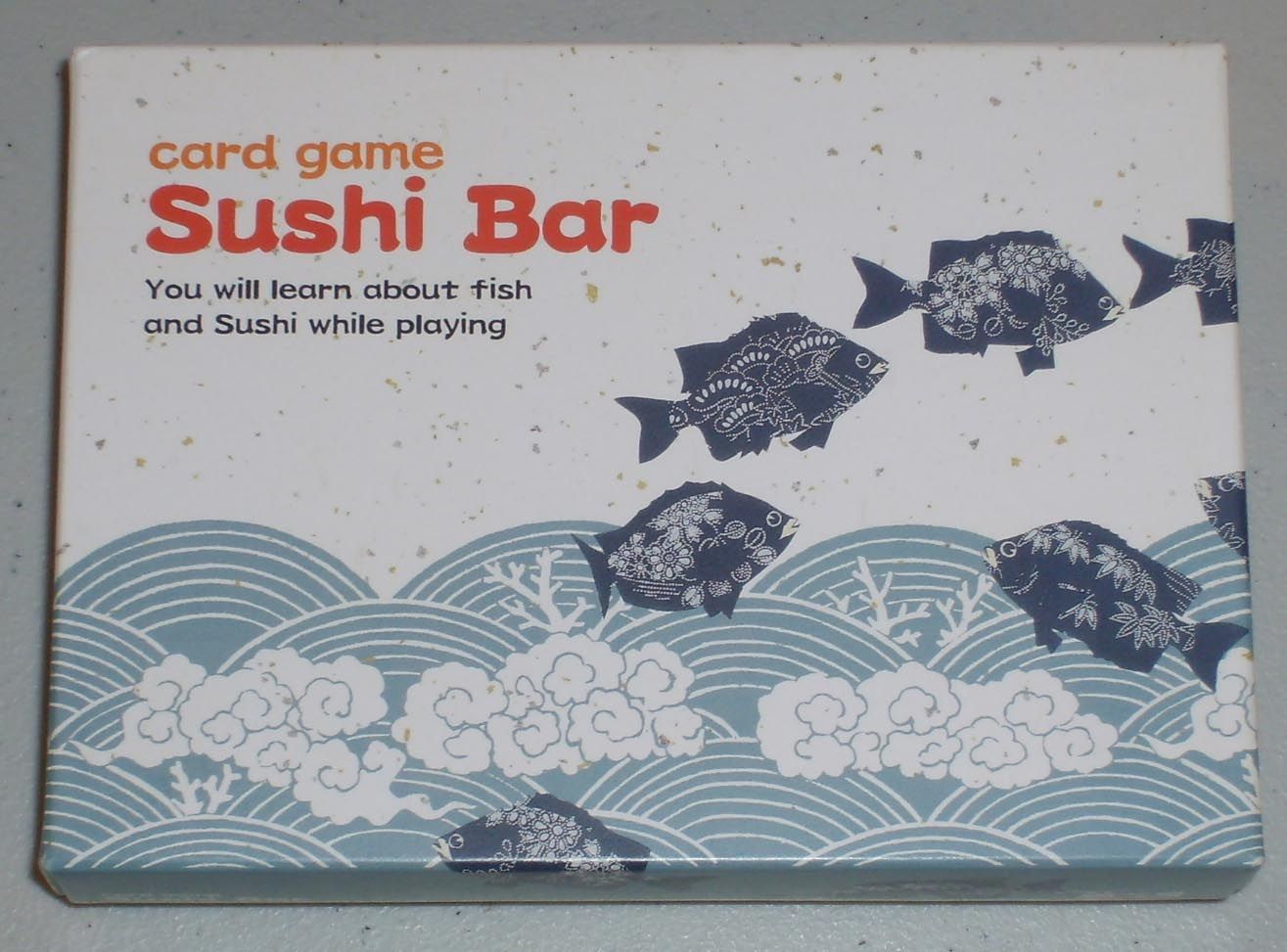 From the publisher: "Some of the Chinese characters regarding fish and shellfish are made up of two parts, left meaning "fish" and right showing characteristics of fish and shellfish. This is a card game which matches the left and right of the Chinese character and fish-shellfish pictures. Randomly disperse the cards on a table face down and turn over two cards. It is pleasurable to match correctly a fish picture and/or Chinese character in the left corner of the card. The Sushi corresponds to each of 29 fish-shellfish that are illustrated. The 29 fish and shellfish chosen are commonly served in Sushi bars. There are 3 cards in the pack which have no fish or shellfish, but are generally found in Sushi bars. Card-A : soy sauce dipping dish and its pot. Card-B : a cup of hot green tea, called "AGARI", and tea pot. Card-C : hot Sake bottle "TTOKURI" and tiny cup "CHOKO". When playing the game, these cards give you a lucky chance, by way of an extra turn. The pictures were made by cutting the Japanese gaily-colored pieces of paper, "Chiyogami"."