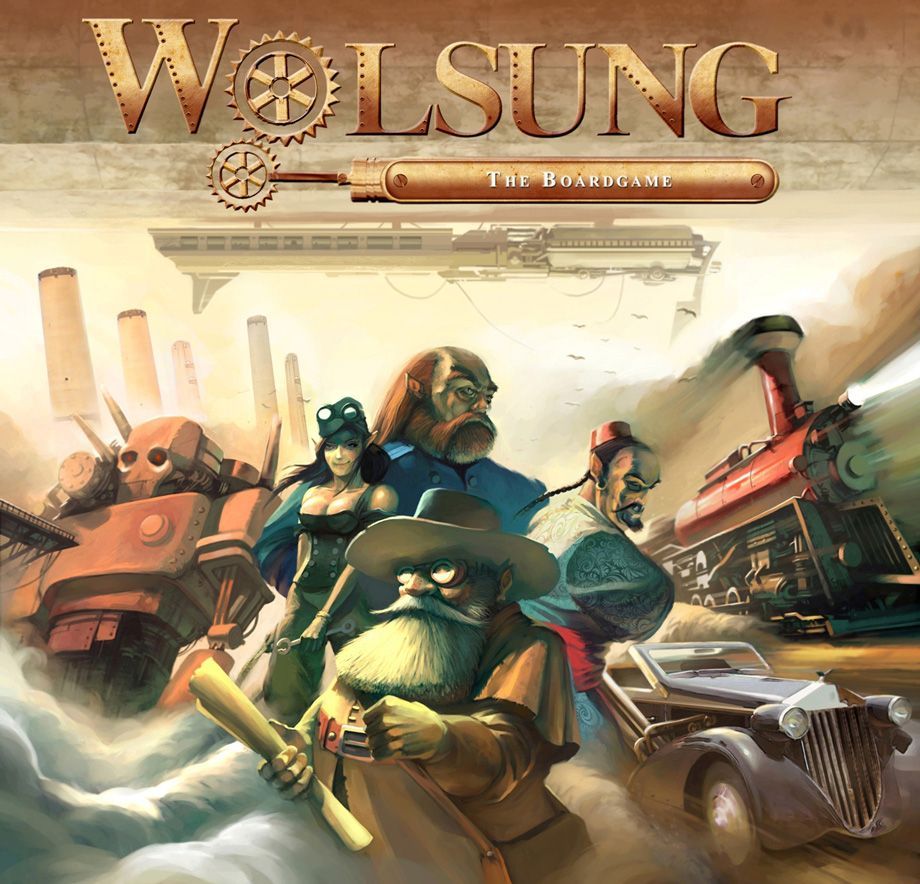 Wolsung: The Boardgame is a large family game for 2 to 4 players. They act as inventors and industrialists living in a fictional steampunk world, largely similar to the Victorian times. The inventors develop extraordinary constructions – steam cars, golems and zeppelins – in the race for the title of the best designer at the World’s Fair. The objective of the game is to build the best and the most unique machines – players compete against each other for plans of the devices as well as for the resources necessary to build them. The game contains multiple elements: the board, auxiliary boards (players’ workshops), a 55-card deck, numerous tokens and wooden markers and a surprise gadget being the key element of the game mechanics. The board game constitutes the first product of the Wolsung Project, which includes publishing a modern role-playing game "Wolsung: Magic of the Steampunk Age" (in Polish) as well as other games and expansion packs to them and gadgets such as playing card decks and special dice. The game contains the following components: - the board - 3 combines - the deck of 55 cards - 4 workshops - 84 wooden worker tokens - 76 wooden resource tokens - 12 wooden upgrade tokens - 1 round marker - 1 first engineer marker - the rulebook