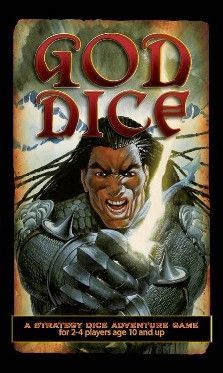 A strategic dice combat game, that pits the 2-4 players in mortal combat with one another. Players choose from six classes consisting of Hero, Monk, Assassin,Sage, Bowman and Cleric. Players roll nonstandard six sided dice attempting to qualify for special attacks and spells. Along with this, prior to combat, the special God Dice are rolled to see which character if any has found favor. In some cases this favor can be devastating. This is a great quick game of combat with a number of interesting strategic choices for combat. Will you be next legend or suffer the ultimate defeat?