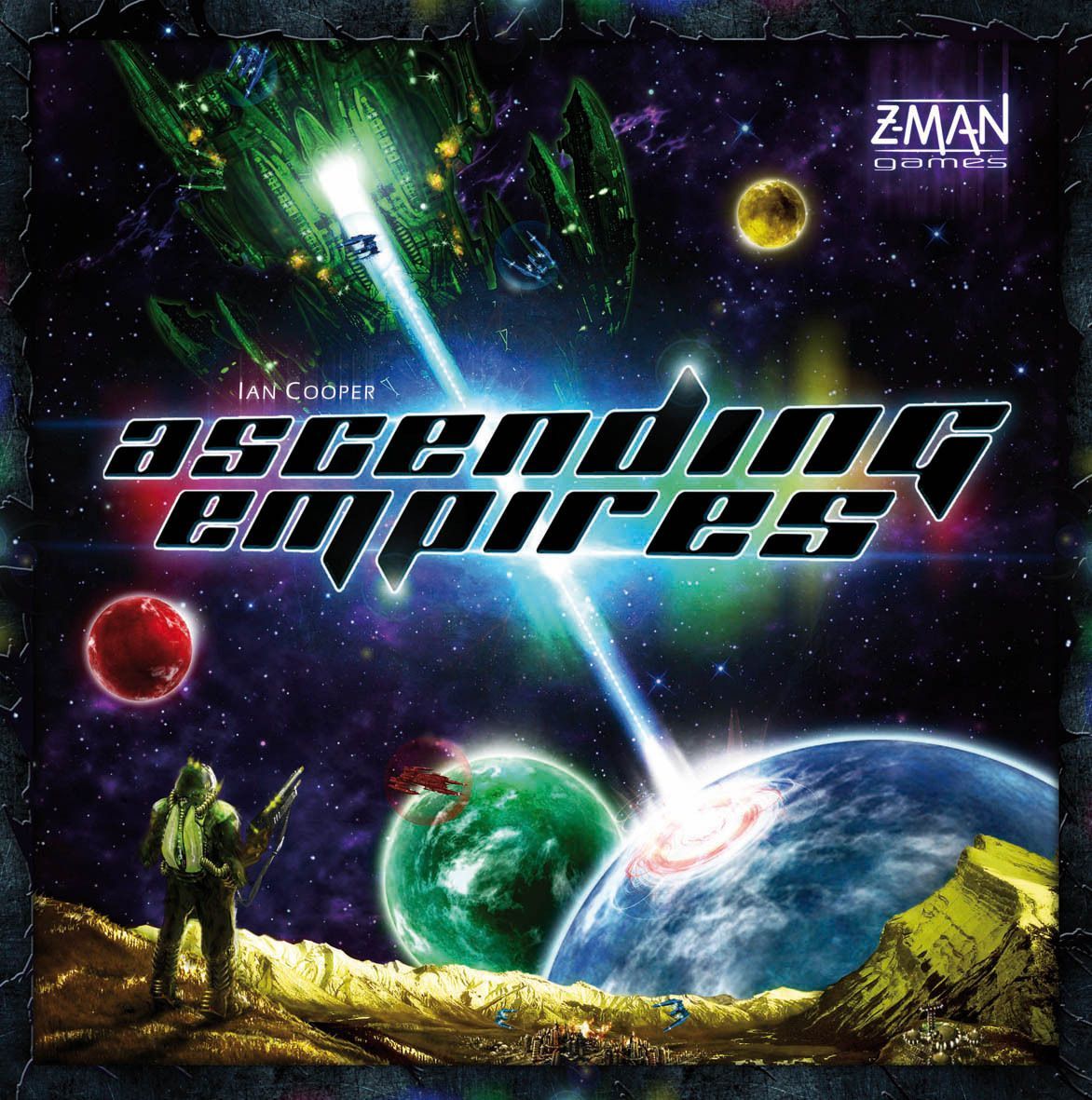 Humanity has been at each other's throats since time immemorial. Now in another galaxy humans wage war amongst themselves again but this time with the aid of alien technology found on other planets. Ascending Empires offers a nice mixture of building exploring and development along with combat via a simple dexterity element. Ascending Empires is sure to sate the desire for a space empire building game that plays simply yet deeply. The last survivors of the Human race have fled to a new galaxy in fear of annihilation at the hands of an unstoppable enemy. Now, having discovered the ruins of four long dead civilizations spread across the stars, the race to develop technology based on the alien relics has begun. Humans will once again ascend to the stars to claim the galaxy. Players will colonize new worlds by building colonies, cities, and research facilities. They will develop new Technologies, and build up fleets of Starships. Ascending Empires is a fast paced game that utilizes a dexterity based Starship movement and combat system, and allows for many different strategies to be explored.