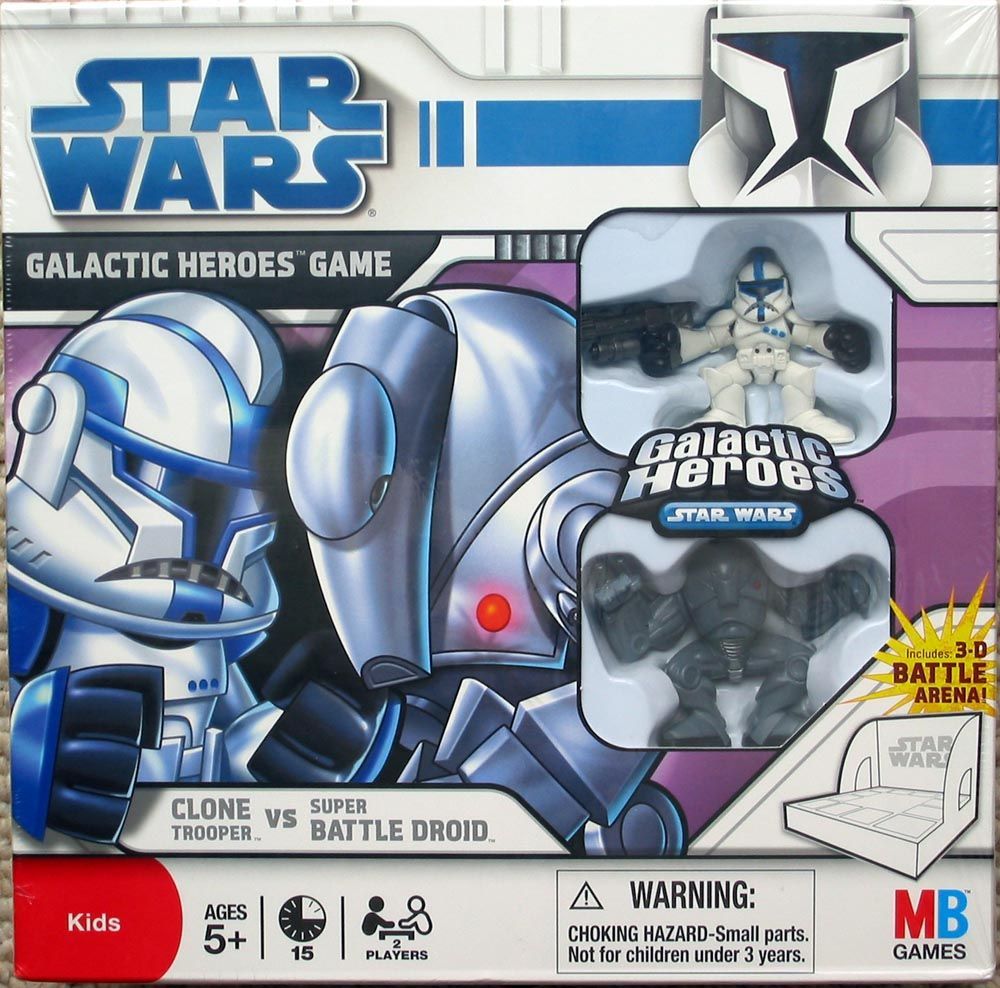 A children's game (Ages 5 and up) using a small, simple board, a card deck for each figure, dice, and the "Galactic Heroes" toys as playing pieces. In the game each player selects a character and, on his turn, rolls the die and moves on the board. Board spaces tell the players what to do (draw a new card or fight). The combat system involves each player secretly selecting a card and then comparing the two; the player with the highest value card wins the fight. The "hit point" system uses two-sided tiles (six for each character) that are placed to show the character healthy. As fights are lost, tiles are flipped to the "damaged" side. Once all six of a character's tiles are flipped over that character is knocked out of the game. Available in three different versions. Anakin vs. Dooku Obi Wan vs. General Grievous Clone Trooper vs. Super Battle Droid Each set can be played alone or sets can be combined for larger games.