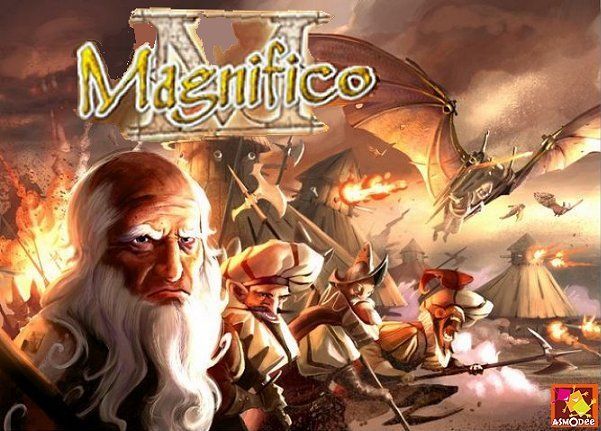 Magnifico is a "risk like" game of conquest, set in the early 16th century Europe. The players have at their disposal military and financial resources but also the extraordinary inventions of Leonardo da Vinci. The game comes with a set of plastic figurines: infantry units, castles which towers can be added to and war machines. Following the fertile imagination of Leonard, there are the Aero, the ancestor of aircraft, and Carro prefiguring modern tanks. Other inventions are represented by cards and improve the various elements used in combat. Combat are resolved using special dice. Leonard was also a famous artist and his works of art are related to the victory points.