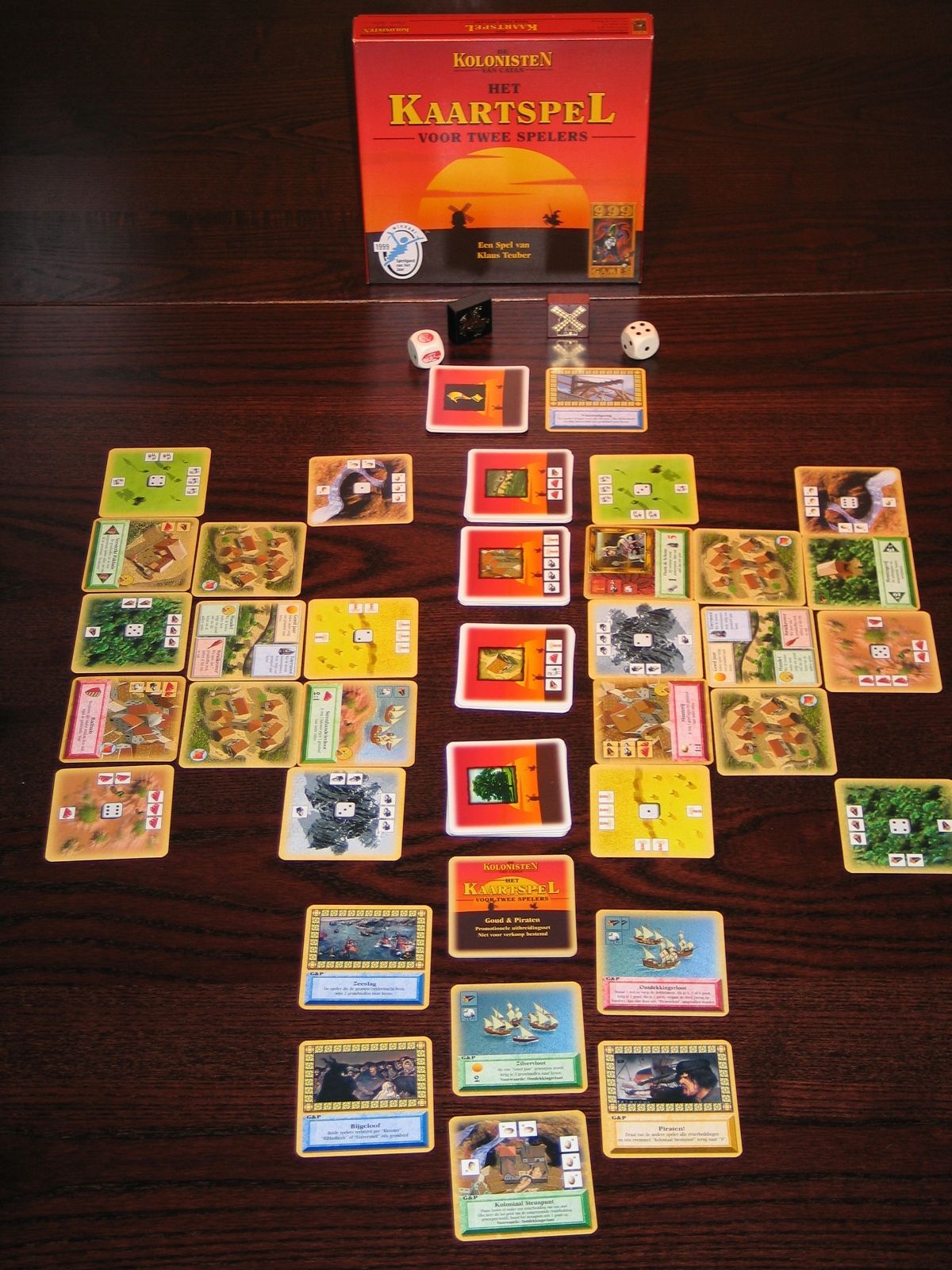 This mini-expansion with 10 cards for the Catan Card Game called Turnierkarten T2002 was created by Kosmos in 2001, for use in the card game tournament 2002 only. It was given to all participants of the tournament. The phyiscal cards were also included in the online version Catan: Das Kartenspiel. At the 2002 gamefair in the Netherlands, they were distributed as Goud & Piraten (Gold & Pirates). Most of the cards were added in slightly modified form in the Barbarians & Traders expansion. Since the release of that set, these cards are no longer allowed in tournaments. Focus in this expansion is on piracy and more options for gold. Belongs to the Catan Series. Expands Catan Card Game