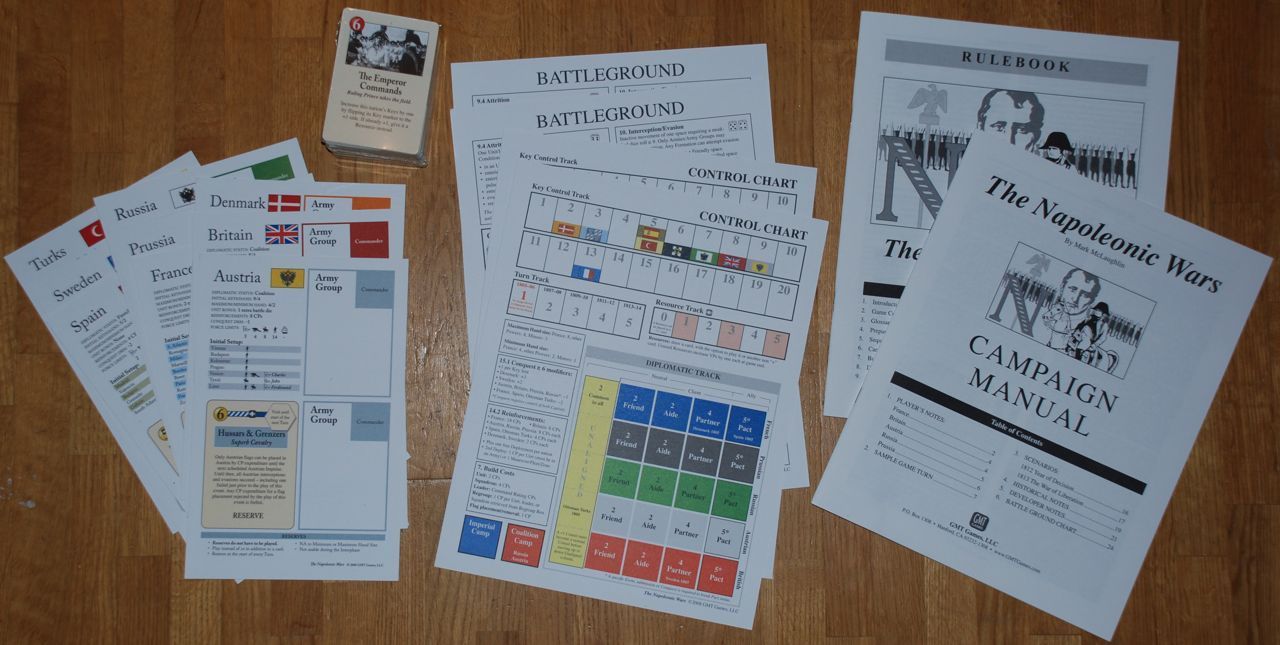 The Napoleonic Wars 2008 Update Kit allows owners of the 1st Edition to update their game to a similar standard as the 2nd Edition. This kit is not playable on its own, this is an update for The Napoleonic Wars 1st Edition of the game. It is not required if you have the The Napoleonic Wars (Second Edition) game. In response to many customer requests, GMT are providing an update kit that will allow owners of the original game to update their 2002 1st Edition to the 2008 2nd Edition version at minimal cost. The 2008 Update Kit for The Napoleonic Wars contains: 1. The 2008 deck of cards (110) 2. The 2008 HQ cards ( 9 x 5.5in by 8.5in cards) 3. The 2008 Rule booklet (24 pages) 4. The 2008 Player Aid Cards (2 total; The Battleground & Control Chart) Including every new component would have meant having to purchase the whole game; therefore the update kit only includes the parts of the game that have significant changes. Regarding the rest of the components of the 2002 1st Edition: The map for the new edition has no functional changes from the original. The new Playbook has only very minor changes. The playbook is available as a free pdf download. The countersheets have a total of one changed counter. There is a free download pdf file that enables this one counter to be created by the owner. Revises: The Napoleonic Wars (1st edition)