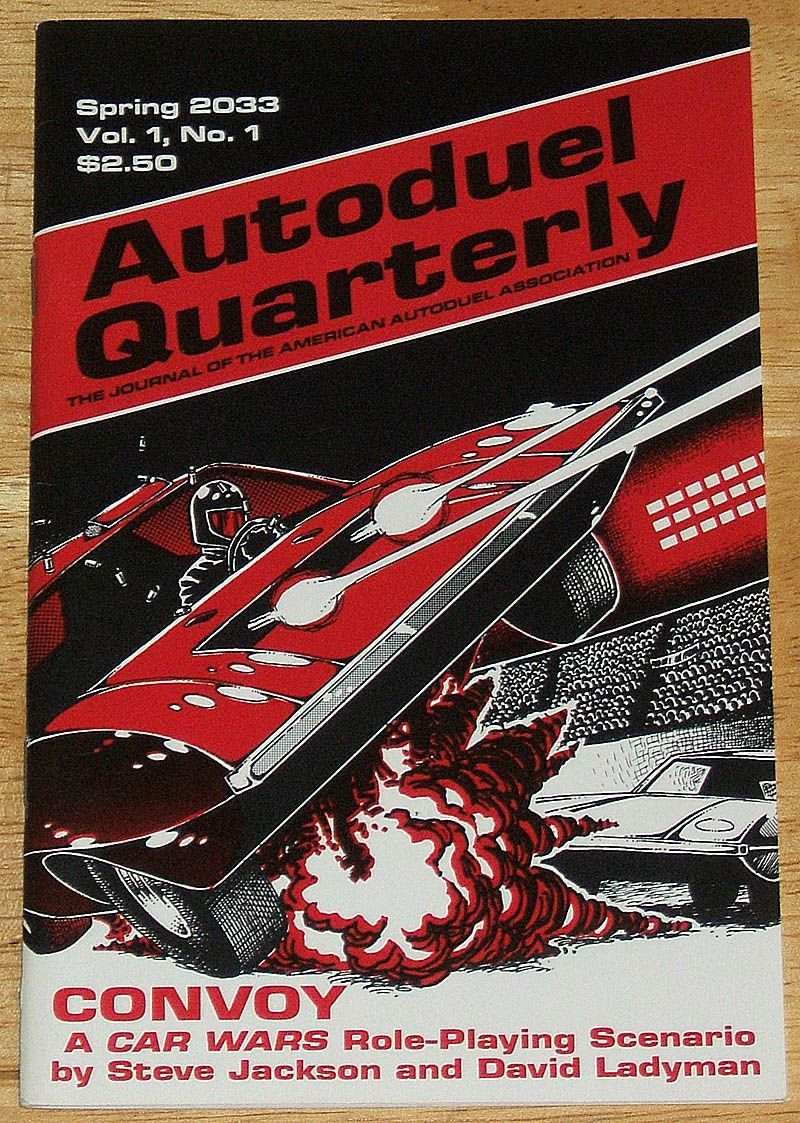 Autoduel Quarterly is a quarterly magazine that provides campaign seeds, scenarios, vehicles, "mock" advertisements, new weapons and accessories, as well as rules questions and answers. Subscribers received a bonus in the form of an extra cutout or cartoon on the protective mailing cover. The quarterly magazine was started by Steve Jackson Games to support the worldwide group of players, officially known as The American Autoduel Association (AADA). 40 issues were published before magazine was folded into Pyramid magazine, which itself shifted to online publication only a few years later. Part of the Car Wars Series. Autoduel Quarterly and Pyramid has now been listed on the RPGGeek. Expands: Car Wars