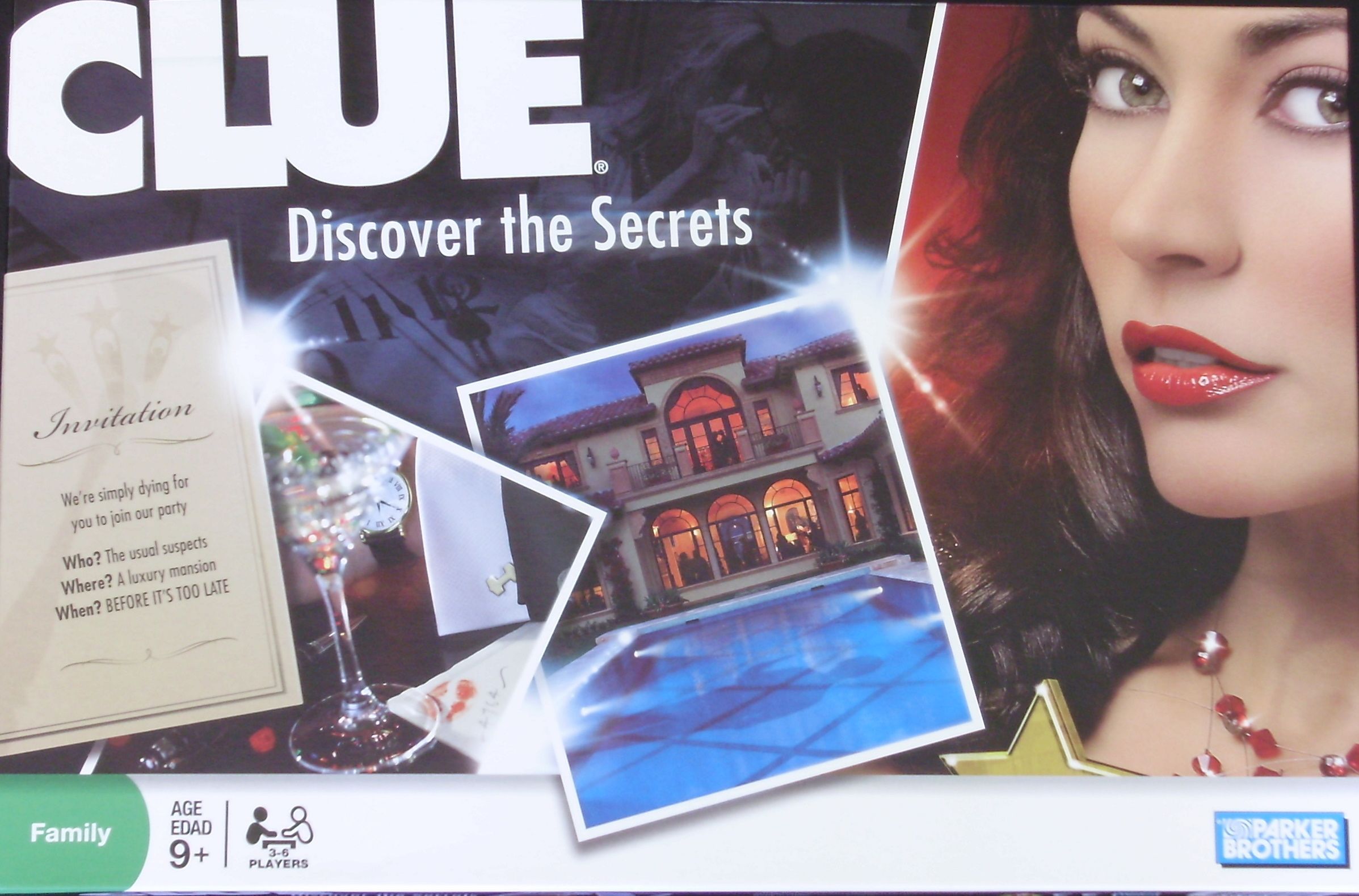 This has been carried over from the original Clue (also known as Cluedo): A person card, a weapon card, and a room card is removed from the deck and placed in an envelope. That envelope is placed in the center of the gameboard. The rest of the deck is shuffled and distributed to the players as evenly as possible. Each player now assumes the role of one of the suspects. The object of the game is to deduce which are the missing cards. In turn, the players will roll the dice and move their pawns to various rooms. Once in a room, the player may float a rumor as to which are the missing cards. If the person to the rumormonger’s immediate left can disprove the rumor by showing one of the cards mentioned, then the player must secretly reveal the card. Play continues until one person can identify the missing cards correctly, that person is the winner. The version’s additions: Each person has been given a unique power which may be used only once per game. There is an Intrigue deck which may or may not grant a player an extra action. Those Intrigue cards which do not grant an extra action are called Clock Cards. The player who draws the eighth Clock card is eliminated from play. Any player who draws a Clock Card thereafter is also eliminated. The “one” on one of the dice has been replaced by “?”. Any player who rolls “?” must draw an Intrigue card.