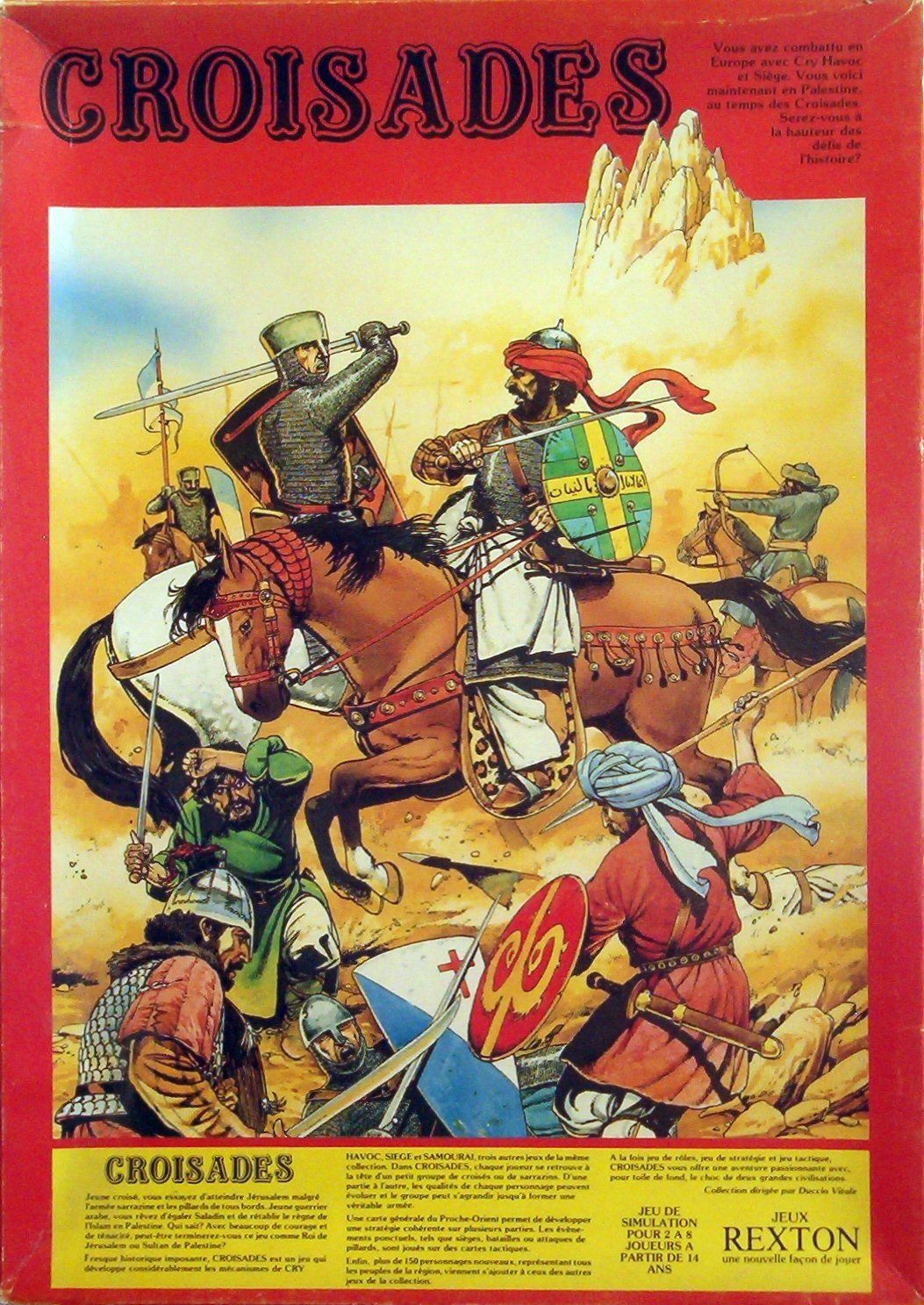 This game is the re-edition of Outremer by Standard games (but with a lot more rules and 2 entirely new playing modes : Strategical and Roleplaying, this is in fact a nearly totally different game, just sharing the included maps and counter (except strategical ones)). The game is from the series Cry Havoc with the same flavor of skirmish battle plus a grand strategical game On the strategical game , you move your armies(not always known) on the map of Palestine and the resolve combat and siege on the cry havoc boards . There is also a roleplaying system included where you create your character (crusader or sarracen), start with a small castle and try to fight, negociate or wed your way through thoses dangerous time. The roleplaying system use Cry Havoc for battle and siege but add hit points, several attribute (diplomacy, honor, charms) and the possibility to advance all members of your trooups by experience from a tiny peasant to a strong sergent or even be adoubed knight. A very interesting addition to the standard game. You require Cry Havoc, Siege, The Templars Castle and The Fortified Town if you want to play the strategical game. Part of the Cry Havoc series.