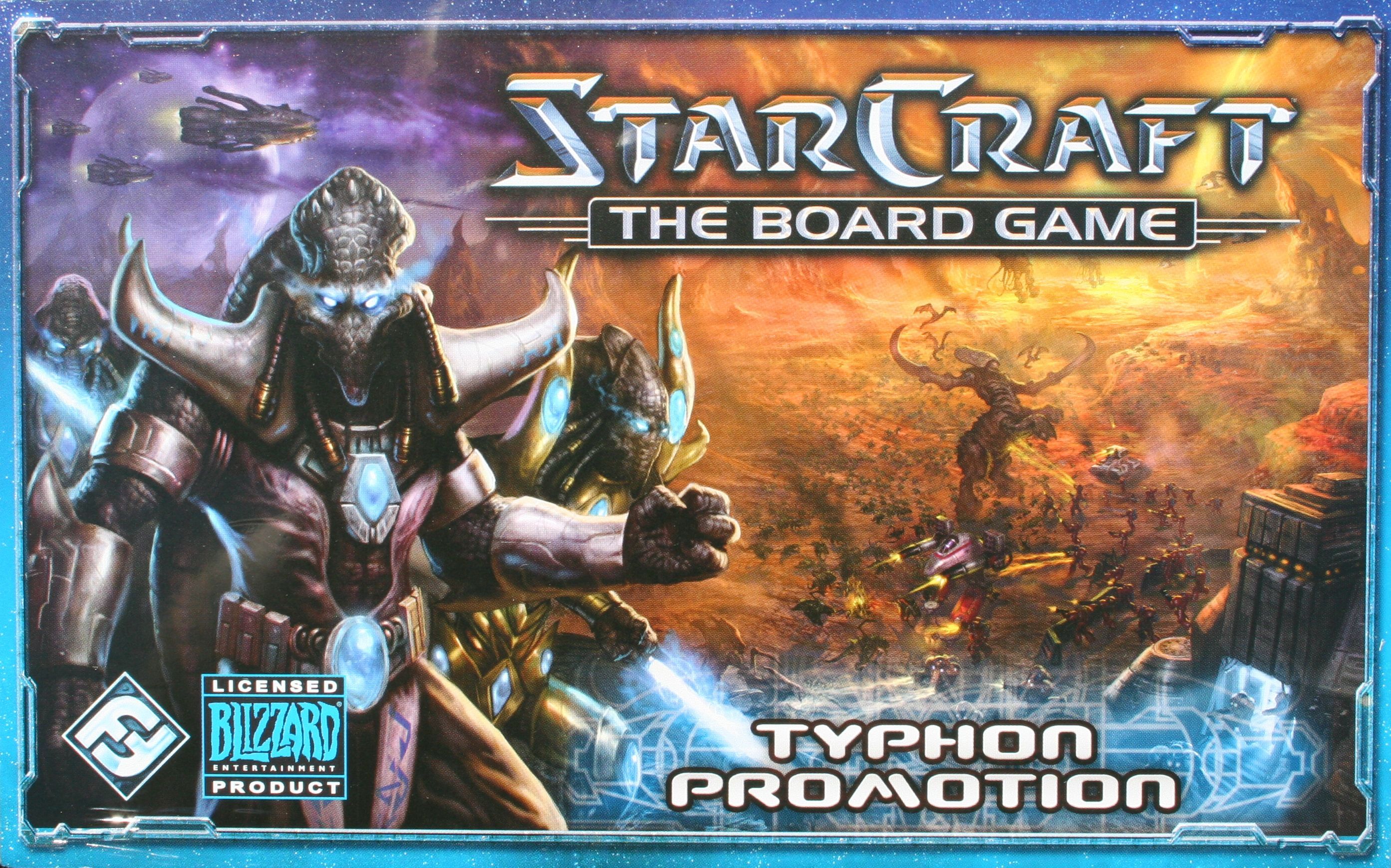 The Typhon Promotion is a mini-expansion for StarCraft: The Board Game. It consists of a single planet, named Typhon, and the cards and tokens needed to use that planet in the game. The planet is special in that it has only a single connection point, while all the planets in the base game have at least two. The Typhon Promotion was distributed among the visitors of the 2008 Blizzard Entertainment Worldwide Invitational, as part of a gift-bag containing several Blizzard-related goodies. Expands: StarCraft: The Board Game