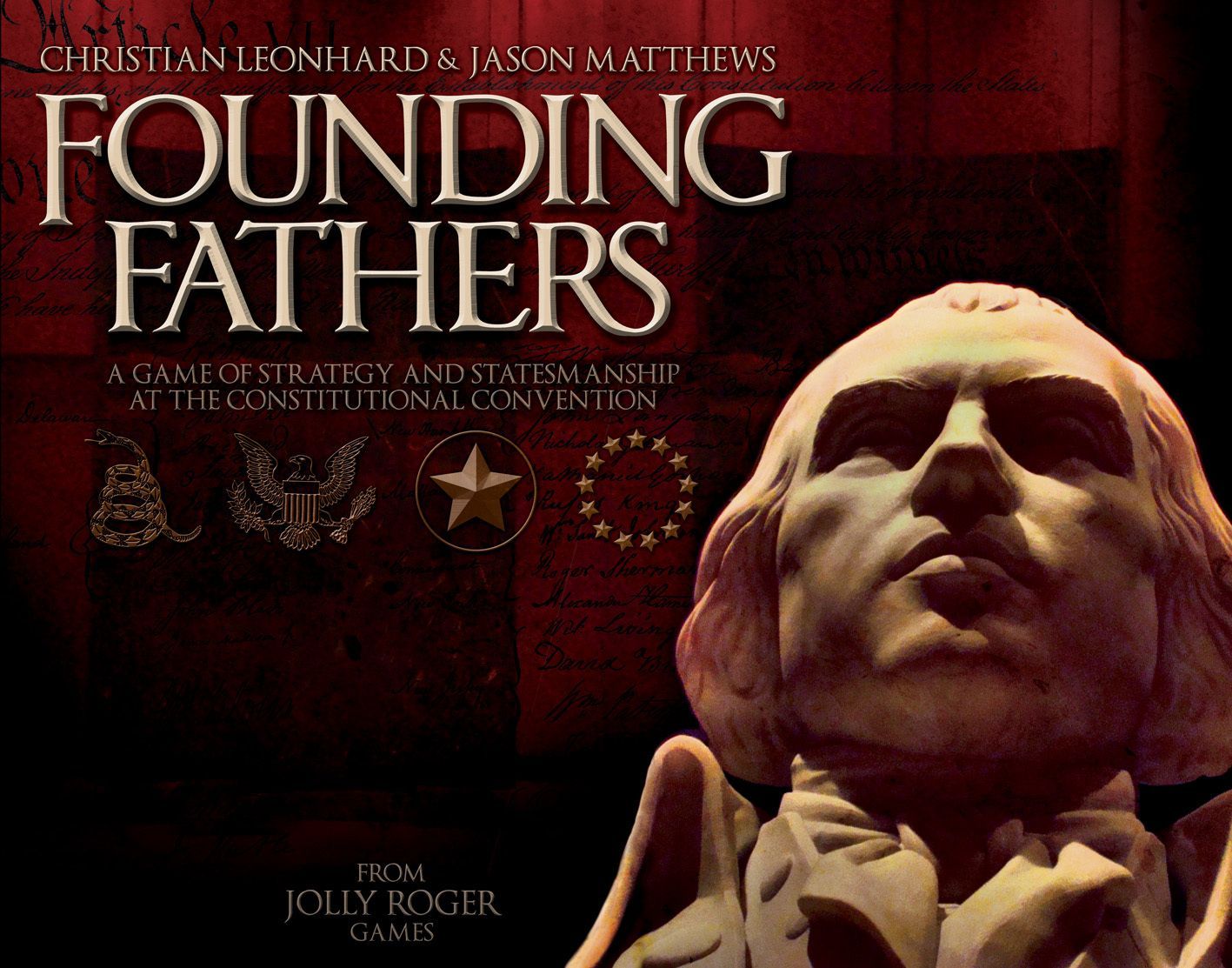 Newest game from the pair that made 1960: The Making of the President. The goal here is to be the founding father with the most renown at the end of the game, which consists of the making of the US constitution. Each round, an article of the constitution is put up for consideration, which is either a Federalist, Anti-Federalist, Big State, or Small State issue. Players have a hand of three delegate cards that represent their respective states and also have a special ability. Players may use these cards' special abilities, use the cards to vote for or against the issue under consideration, or to try and claim tokens in each of the four types of issues. When a round ends, the issue either passes, or is flipped to its opposite side (Federalist/Anti or Big/Small). Players score points for having voted with the majority, and also for having tokens matching the issue types that are voted into the constitution.