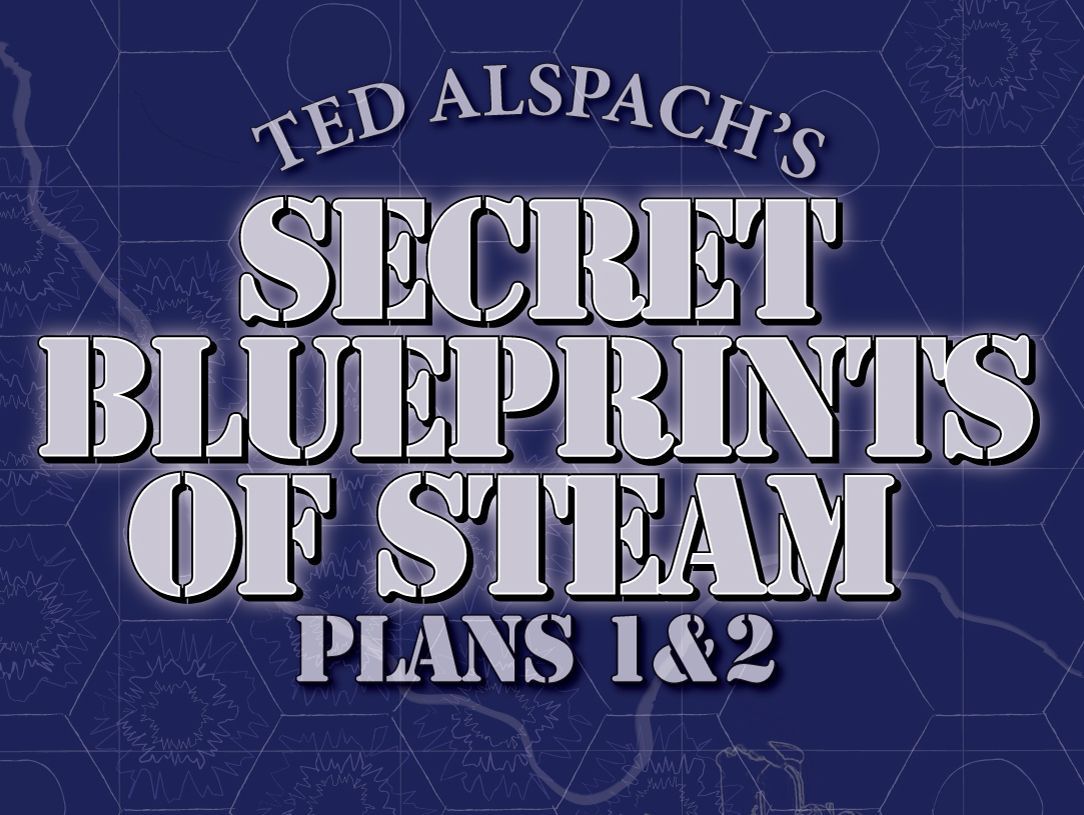 Secretly devise the best plan to create a profitable railroad while your competitors do the same, sharing a common pool of actions and stealing goods directly from other players' maps with this compelling expansion from Ted Alspach. This full color, professionally designed, printed and packaged Age of Steam expansion contains eight maps (two complete "plans") in the Secret Blueprints of Steam series and as a bonus includes full color replacement mats for Income and Goods Growth. The maps are compatible with both Age of Steam and Steam. Because of the unique nature of these maps, Secret Blueprints plays in less than 1/2 the normal time it takes to play Age of Steam, as builds and deliveries are all done simultaneously. But there is plenty of interactivity between players, with the traditional auctioning for position to choose actions as well as the new Production action, which allows one player to pull cubes (sight unseen) directly from other players' maps.