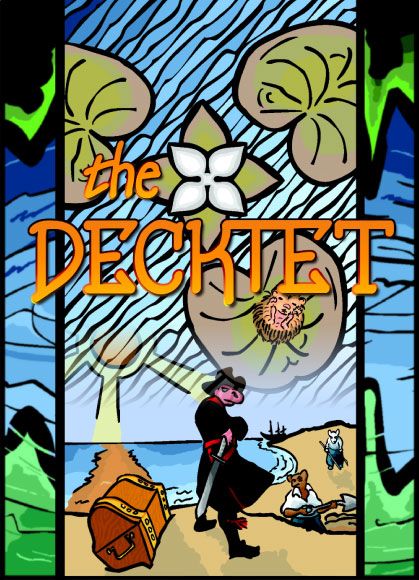 The Decktet is a 45-card deck of cards in 6 suits. The core of the Decktet is the 36-card basic deck. Each suit has 10 cards, a thing accomplished by most of the cards being double-suited. Most of the cards also have a name and illustration. The Decktet is a game system released under an open license. There are also 9 extended deck cards. Like Jokers in a traditional deck of cards, they are used in some games but not in others. The Decktet is available in a free print-and-play version. There are also printed decks available for purchase. There are dozens of different games that can be played with the Decktet, many of which have their own entries in the database: the Decktet game family Decktet games, ordered by rating