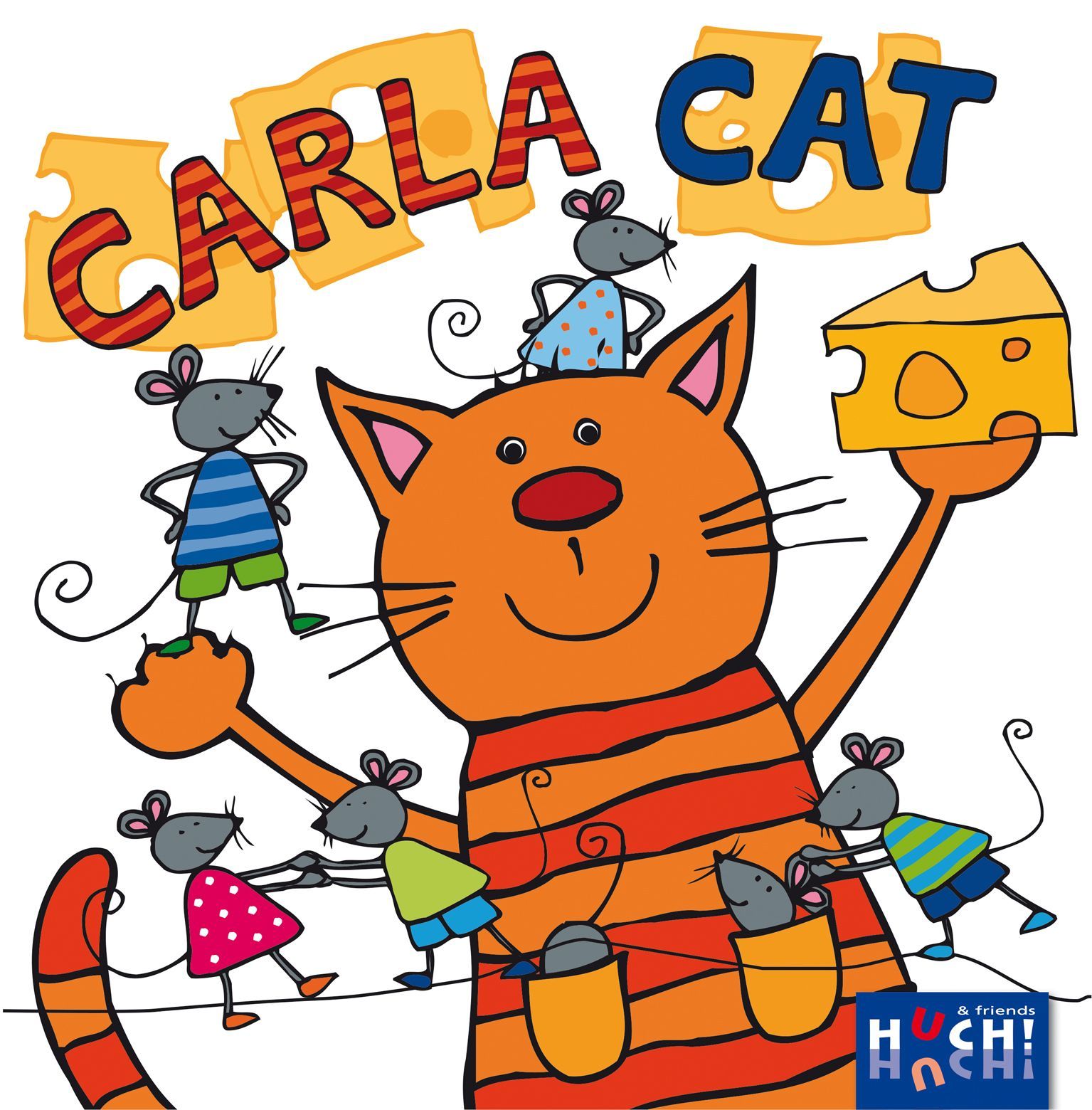 Pounce is a variant of the public domain game, Buttons. A game involving rubber mice, dice, cheese tokens, and a miniature toilet plunger. There are several different Pounce editions which have substantially different components, but similar gameplay. The 2004 edition, for example, has a plastic cat shaped capture device that doesn't resemble a toilet plunger. A player rolls the dice and depending on their roll either tries to plunge the mice or not. Players holding the mice must pull their mice away before they are captured. Similar to: Catch me! 3 Blind Mice Nopea veto --- Gameplay of the German version Spitz paß auf!: Spitz paß auf! is a children's game for 2-6 players. One player is drawn by lot to be the die roller for this game. Each player gets a number of tokens, which act as victory points (see further below). The rest of the players now place their figures, which are attached to little ropes, onto the playing mat in the middle of the play area. The die roller now rolls the die, and, depending on which number shows up (either a 1 or a 6), he must try to put the dice cup over the figures, while the other players must try to pull their figures from the play area before the cup is put over them. If they don't succeed fast enough, they have to give each other player 1 token. In case they pull their figure from the play area even if no 1 or 6 was rolled, they have to do the same. Also, if the die roller doesn't act fast enough to cover all figures who needed to be trapped in the cup on the roll of 1 or 6, he has to pay 1 token to each other player and pass the die cup to the next player, who the acts as the die roller until he misses to cover a figure, and so on. Victory is determined when one player has reached a set amount of tokens, or one player has lost all tokens. Alternatively, especially for young children, there are also colour-coded dice included, and instead of 1 or 6, two colours are determined when the game begins.