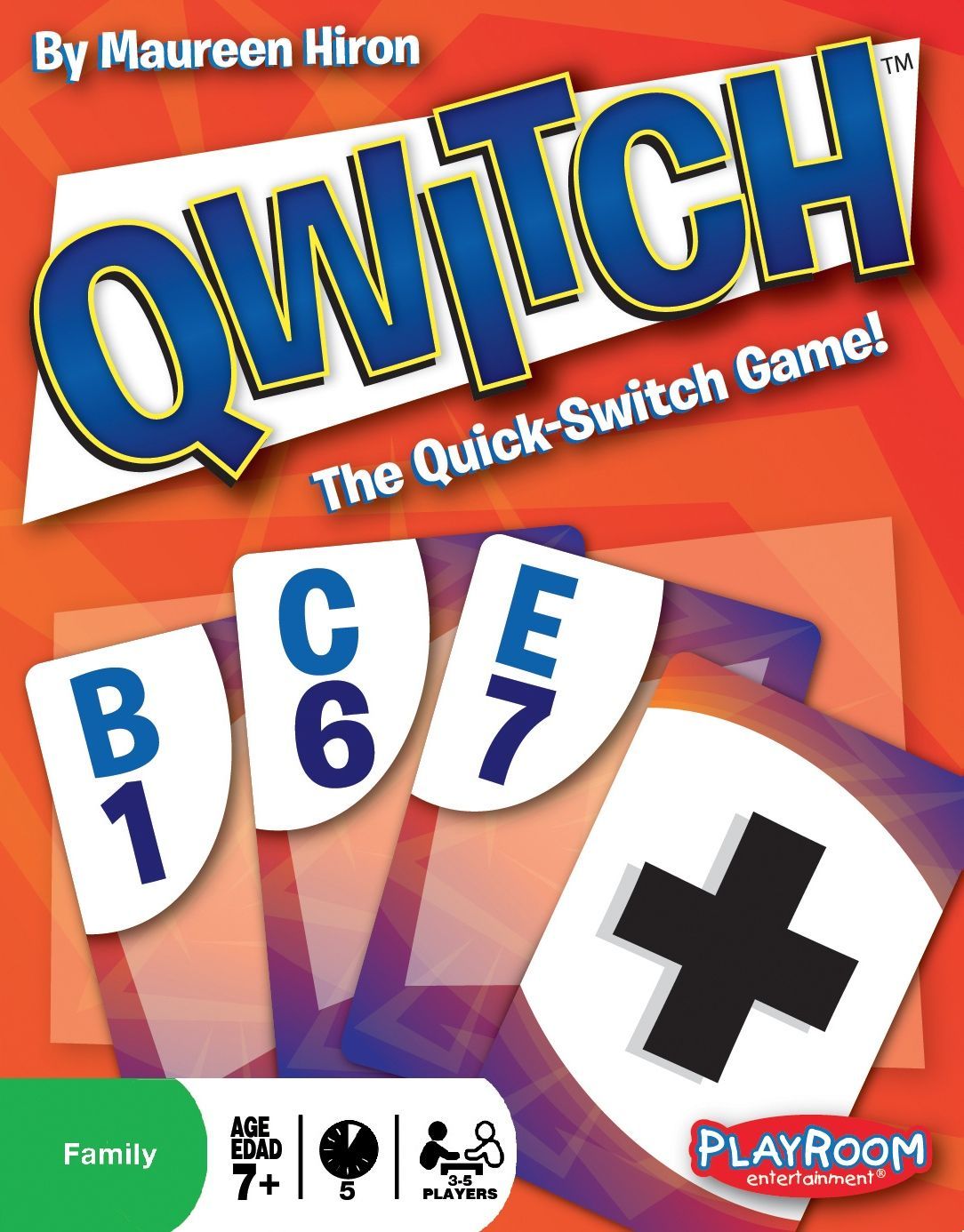 Qwitch consists of 64 cards — with each card displaying one number (1-8) and one letter (A-H) — and 12 directional cards (up, down, or equal). Deal out the number/letter cards evenly, then each player draws a hand of five cards from their personal deck; place one card face-up in the center of the table. Turn over the top directional card to indicate how players can add cards to the central stack. With a +, you can play a card that's one letter or one number higher than the top card, e.g. you can play a "4" on a "3" or a "B" on an "A"; with a -, you play a card one letter or one number lower; and with a =, you must play a card that matches the letter or number on the top card. Without taking turns, players race to play cards onto the central pile. When any player empties his hand, play pauses, a new direction card is revealed, everyone draws back up to five cards, then play resumes. When a player has no cards remaining in hand or in his deck, he wins. With younger players, you can play in turn rather than simultaneously, with players being allowed to pass if they can't play.