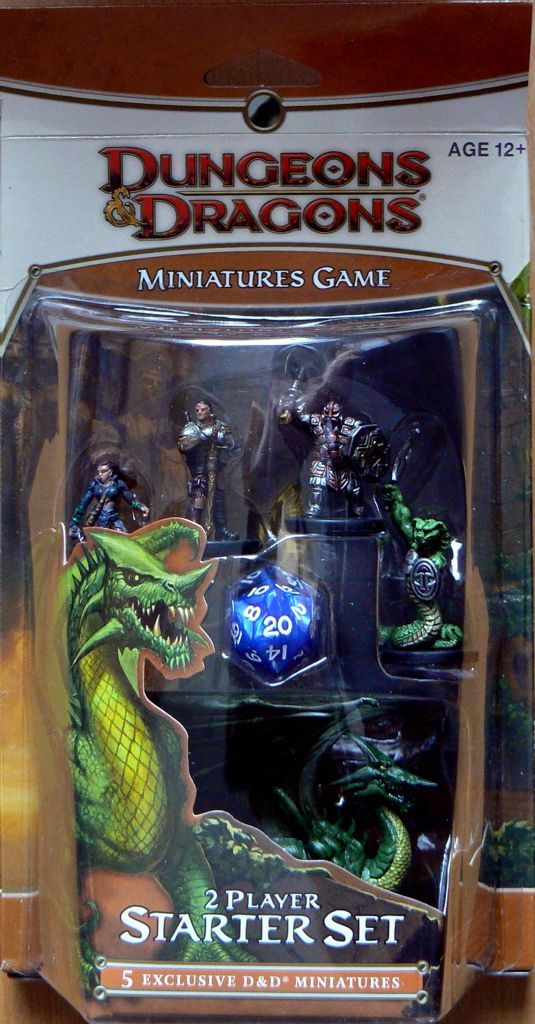 Like the first edition of the Dungeons and Dragons Miniatures Game, players pit their warbands against each other on a battle map. Warbands consist of models, each with their own respective characteristics and points values. A typical warband consists of 200 points worth of models, with a maximum model count of 10. The mechanics has been revised and streamlined, though the overall structure remains. The game has been updated to correspond with the change from 3rd to 4th Ed. Dungeons and Dragons Roleplaying Game. The three sets released for this game were Dungeons of Dread, Against the Giants and Demonweb. Each is a set of 60 figures, with 8 random figures in each pack, Giants included huge figures. A fourth set, Feywild, was announced but not released. The Starter Set released with Dungeons of Dread, contains a rulebook, five fixed models, their stat cards, counters for tracking damage, a twenty-sided die and two double sided battle maps. Notable changes in the 2nd Edition: Alignment has been simplified. The "Chaotic" and "Lawful" tags have been removed. Only models considered to be absolutely "Good" or "Evil" are given an alignment. Warband building is no longer based on alignment, but on "Factions". Each model belongs to one or more of four factions. Every model in a warband must share at least one faction. Commanders are gone, replaced by champions. Models no longer make morale checks or rout. Models reduced to half damage are "bloodied." Certain game effects may trigger from this state. Wizards of the Coast is revising all the stat cards from 11 sets of the first edition of the game to make them compatable with the new version of the game. These stats will be available online in PDFs. Wizards of the Coast will continue to release miniatures for use with the Dungeons & Dragons Roleplaying game. They have authorized a group of fans to create official stat cards to use these future figures with this minatures game. Re-implements: Dungeons and Dragons Miniatures Game Home Page: http://www.wizards.com/default.asp?x=dnd/minis