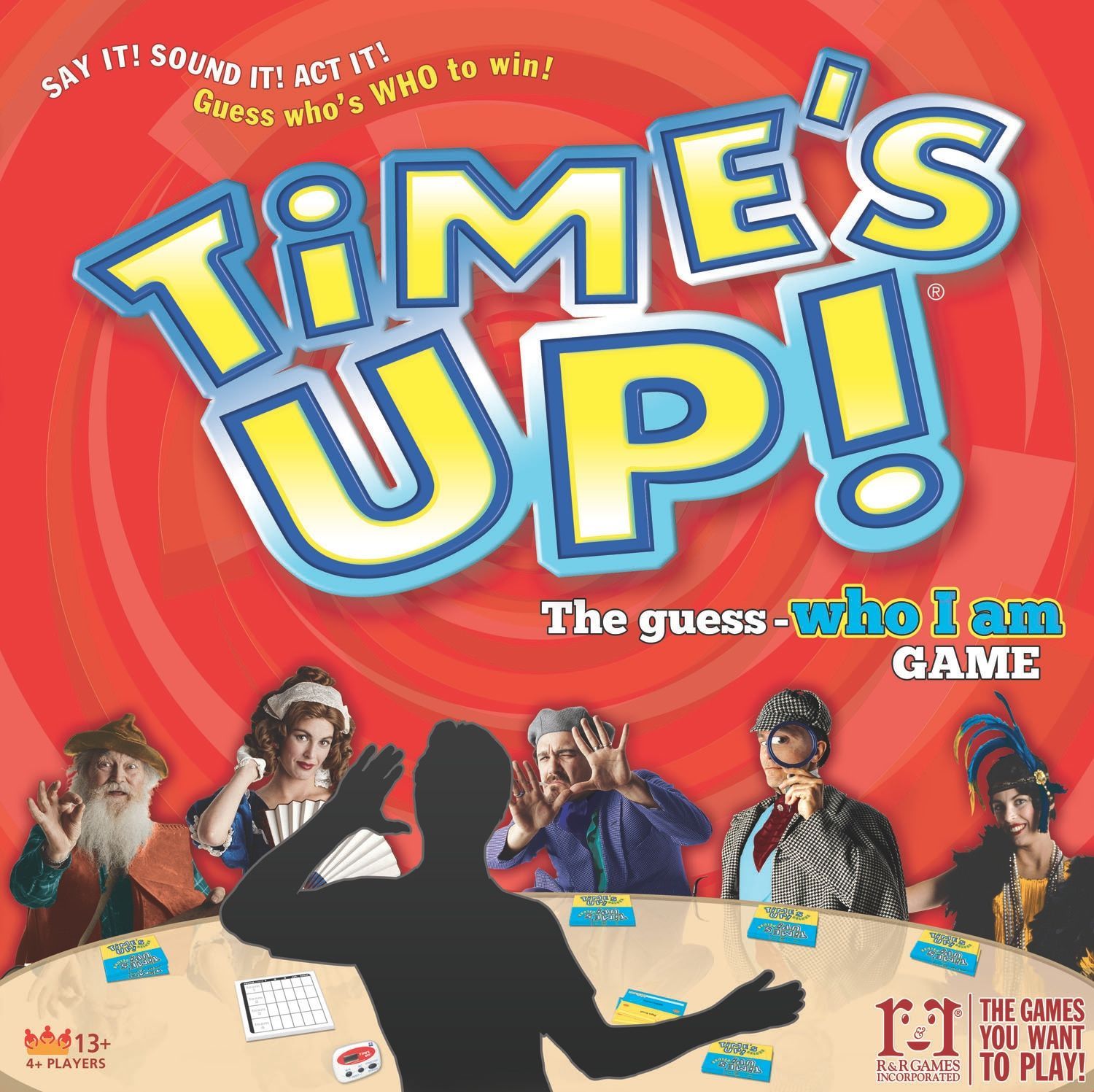 Time's Up Deluxe is the tenth anniversary edition of one of the most popular party games for gamers! This is a brand new edition, with the best of the cards from the base set and the two expansions (525 cards), a whole bunch of new cards, and best of all, a very handy new electronic timer. Time's Up! is a party game for teams of two or more players (best with teams of two). The same set of famous names is used for each of three rounds. In each round, one member of a team tries to get his teammates to guess as many names as possible in 30 seconds. In round one, almost any kind of clue is allowed. In round two, no more than one word can be used in each clue (but unlimited sounds and gestures are permitted). In round three, no words are allowed at all. Includes rules for an odd number of players as well as an optional fourth round.