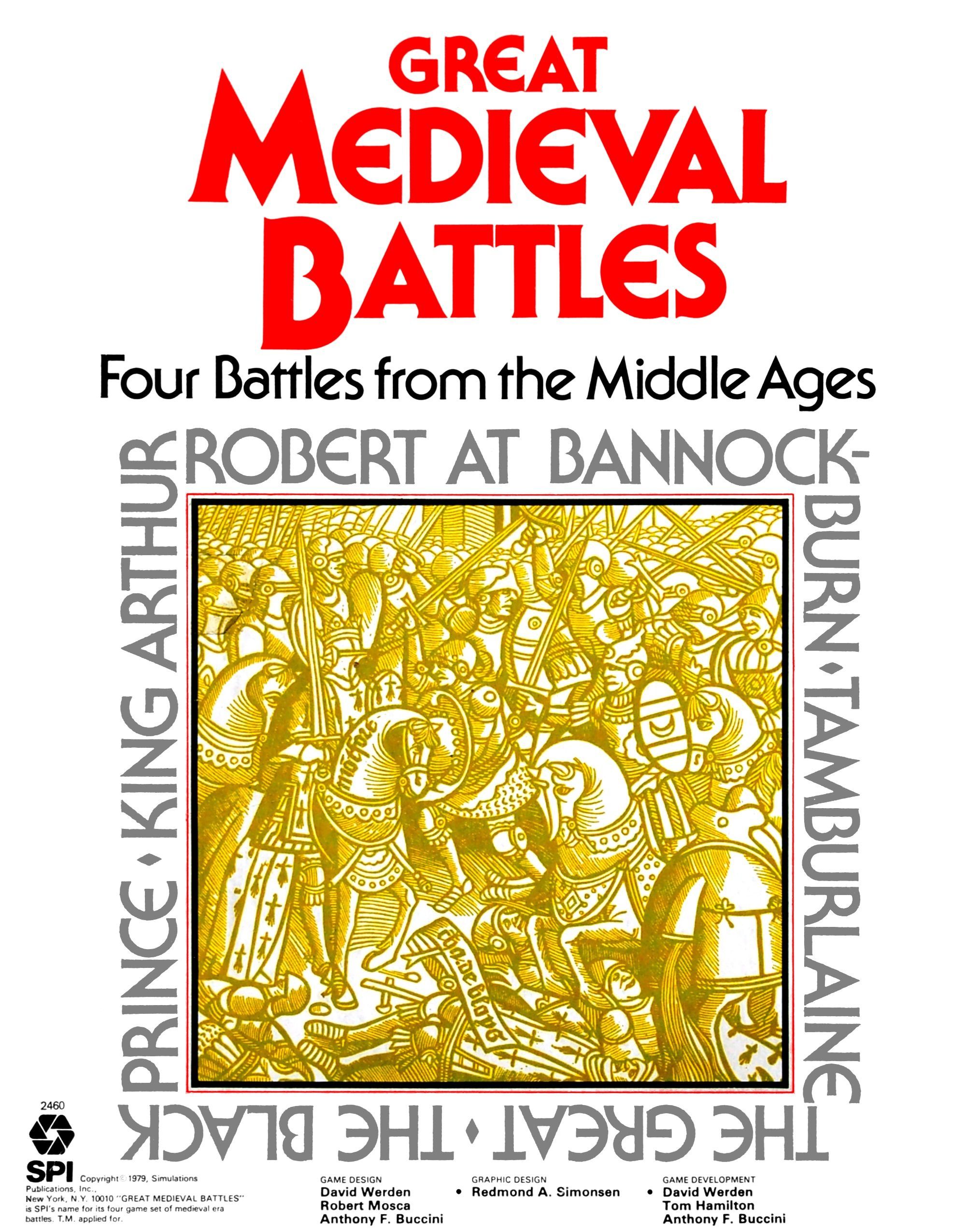 SPI's Great Medieval Battles takes the player through a fascinating age with four simulations: King Arthur simulates the mythical battle between the King of the Knights of the Round Table and his evil son, Modred. Robert at Bannockburn is the struggle of Robert the Bruce to win independence for Scotland in 1314. The Black Prince recreates the battle for the throne of Castille in 1367. Tamburlaine pits the Ottoman Turks of Sultan Bayazid against Tamburlaine's Tartar and Mongol hordes in 1402. Each game is played on its own map. Contents: Detailed rules and historical article; four 22x17" maps; 380 cardboard playing pieces and various play aids. Single and interestingly double sized counters representing all troop types from lowly unarmoured levy troops right up to plate-mailed heavy cavalry. The combat system relies solely on breaking enemy counter remaining morale to either force it off the board or destroy it totally. Symbols representing swords,bows and pikes make up the counter design... Great cover art on the SPI box finish this quad as a complete package.