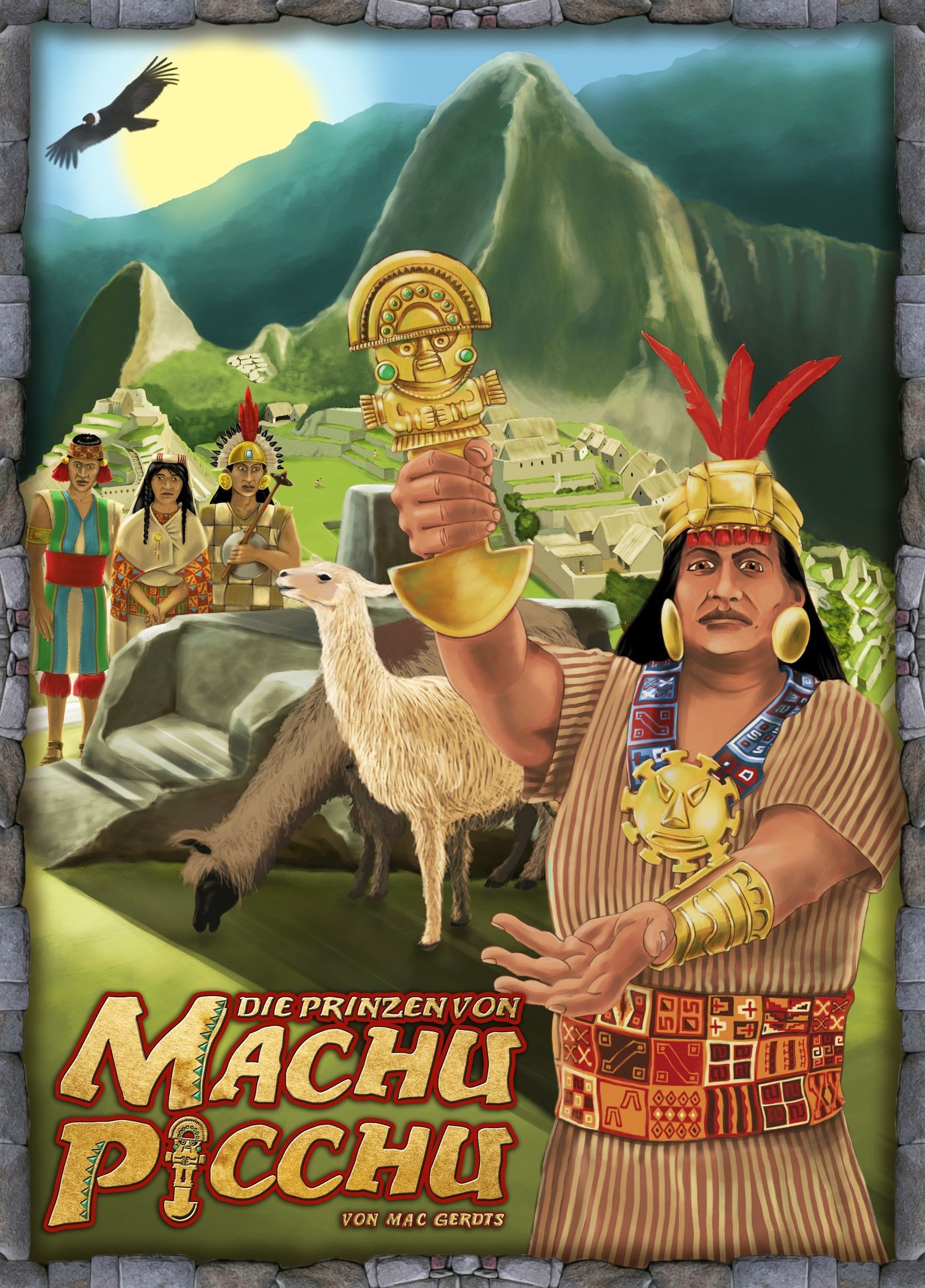 When the Spaniards conquered the Incan Empire, only a few princes managed to flee into the mountains. Well-hidden high above the river Urabumba is a place the Spanish would never discover: The lost city of Machu Picchu. But beware! Is there a traitor among the princes, ready to reveal the location of the secret city to the Spaniards? Each player represents an Incan prince, whose workers will grow corn, feed llamas, plant coca, and manufacture ceramics and cloth. They try to engage Priests of the Condor, Priests of the Puma, and Virgins of the Sun. The game can end in 2 different ways: The Incans win by activating all priests and virgins in time The Spaniards win when they discover Machu Picchu With an Incan victory, the prince who made the wisest sacrifices to the gods will win. With a Spanish victory, the princes who accumulated the most gold will get a multiplier to their score... but it may not be enough to win the game. Players choose their actions by walking around with their prince on the city map.