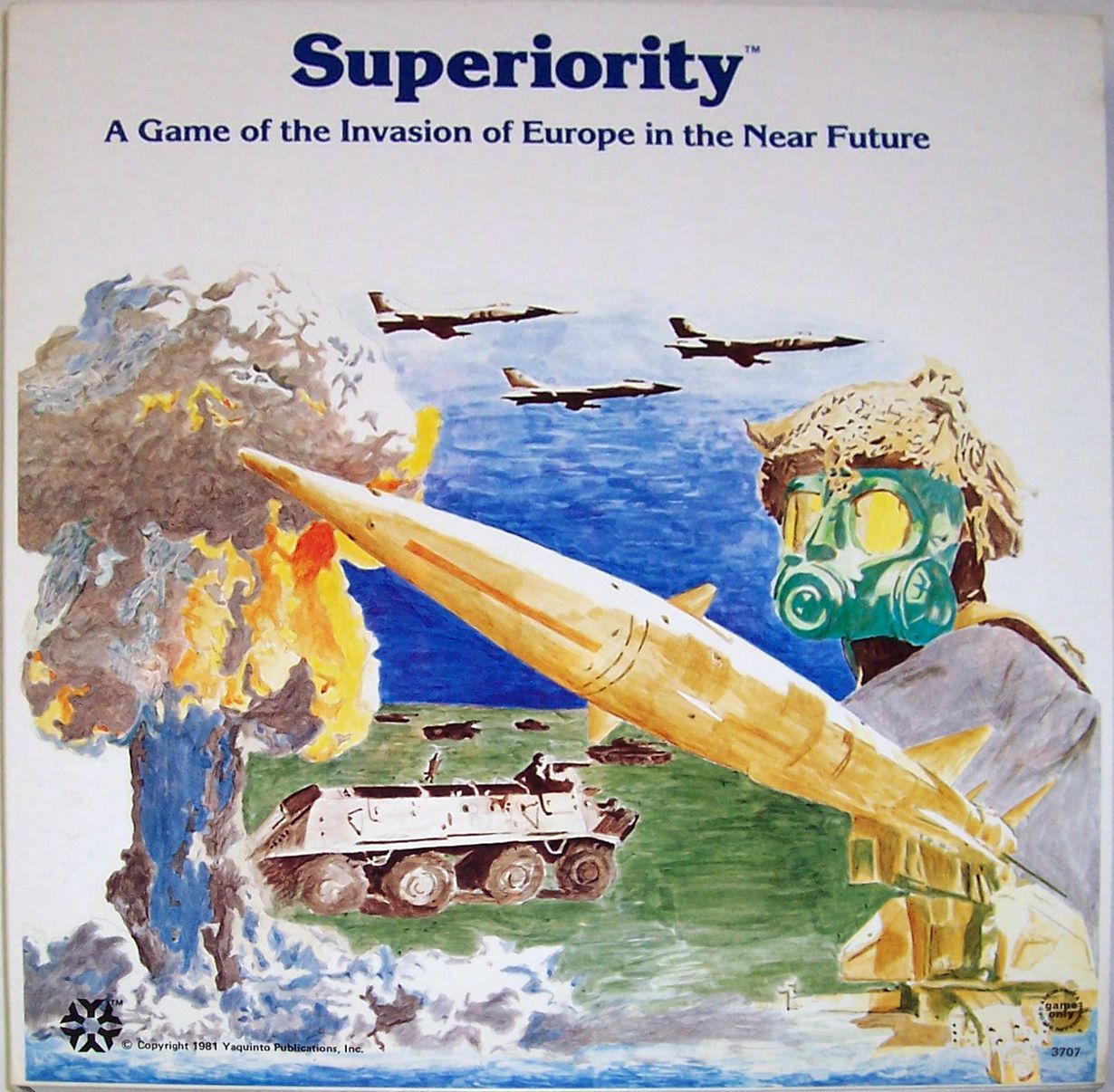 An abstract game representing "modern" warfare between Soviet and American forces. Both players set up their forces on the bottom of two hidden 15x14 grid maps which are identical. The goal is to advance as many units as possible to the top of the map in 8 turns. Each turn consists of players alternating launching missiles at map locations on the opposing board (E10, H13, etc) and after all missiles are launched and destroyed units removed both players move all surviving units. Players never see the opposing map, and are only informed if their missile strikes "hit" or "miss". A Yaquinto Album Game.