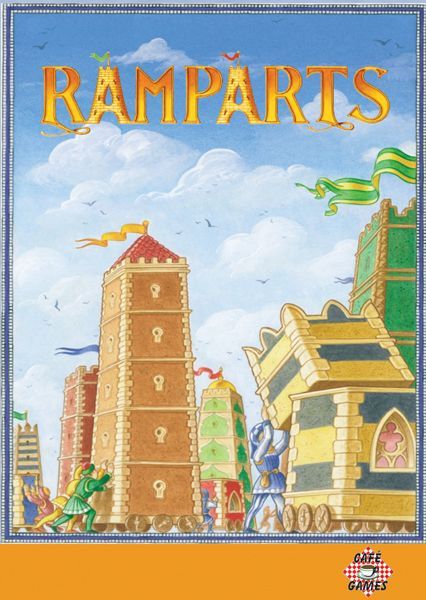 Each player plays one of four power-hungry nobles in the medieval City of Towers. Each strives to posses the most powerful tower—or better still: towers. Since raw materials are in short supply the families rely on raiding their rivals’ stocks. Each player has 20 counters, with one of four different symbols on. Counters are moved around the board in order to form towers, and the towers are moved around the board into scoring locations. As the counters get stacked, the player with the top counter in the tower scores for all the counters in the stack. The game ends when a player has no legal moves, or when any one district of the city reaches its capacity of eight towers.