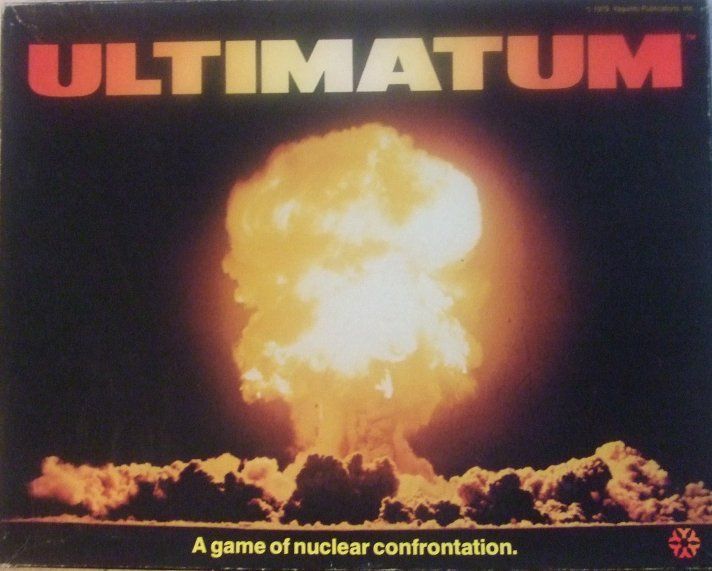 "A game of Nuclear Confrontation". One player plays the Soviet Union and the other the United States. Each player invests in nuclear weapons technology, world "crisis" regions, and nuclear and anti-nuclear weapons (Missiles, Bombers, SSBNs, Interceptors, and ABMs). Units are deployed on the board, leaving some vulnerable to "first strike" nuclear attacks. Crisis areas are won by allocating factors to them and causing a confrontation in which each player picks a warfare type (Tac-Nuc, Conventional, Guerrilla, Political/Social, or Economic). Players may decide to launch a direct nuclear attack on the the other player, attempting to destroy the enemy cities with missiles or bombers while defending his own with ABMs and interceptors. Victory is determined partly by how much population a player has left after a nuclear war, and partly by how much enemy population has been destroyed and/or crisis regions won.