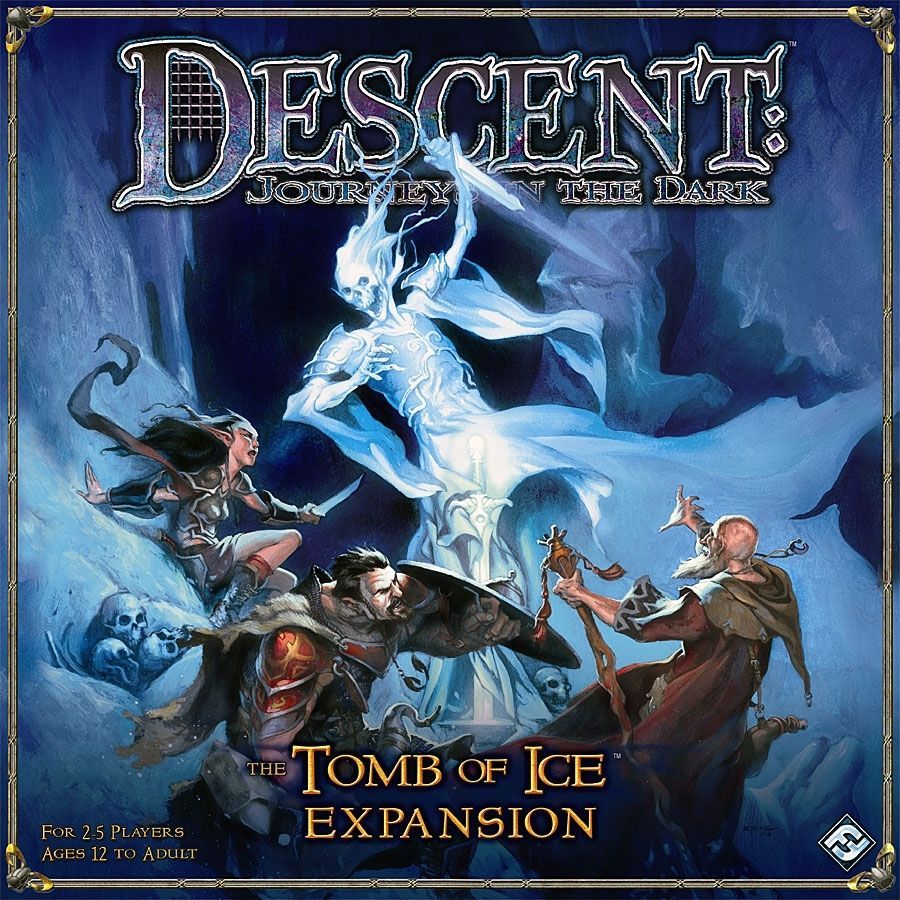 From the Publisher: Far north of Terrinoth, past the Spires of Thunder, across the Sea of Weik, lies the icy realm of Isheim. Here, unquiet apparitions of a lost people are the harbingers of the age of frost that threatens to swallow the world. Day by day, this arctic blight encroaches further south. The Tomb of Ice is the fourth expansion for Descent: Journeys in the Dark. Included are more than two dozen new plastic figures representing spectral shades, volcanic lava beetles, petrifying medusas, stealthy wendigos, and gigantic ice wyrms - not to mention six new heroes. Along with new treasures and a new potion type, the heroes gain an entirely new weapon for their arsenal - Feat cards they can use to surprise the overlord. This product also introduces new features for the Road to Legend campaign games in the form of outdoor terrain and new Dungeon, Rumor, Location, and Incident cards.