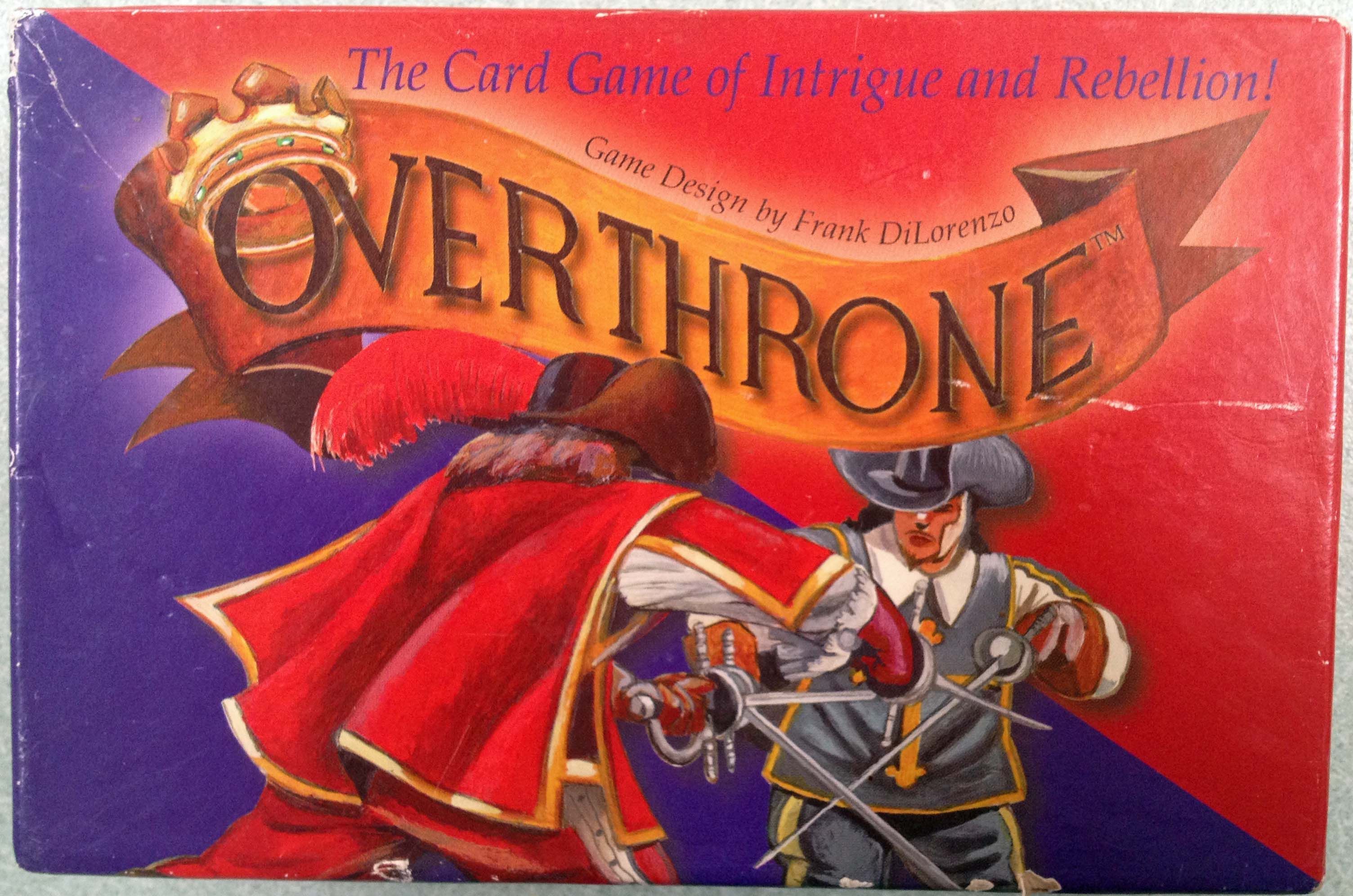 from the Game Report: The game is played in a series of rounds during which each person plays a card to the center of the table. Usually these cards will fall into one of four Suits: Gold, Courtiers, Provinces and Musketeers. The cards feature ranks from 1-7, and after all cards have been played the person who played the highest card in each Suit collects all the cards of that type. Captured cards are then placed into a person's "structure", which shows all the elements of a player's court. At the end of the game and at various points during play, a player scores points based on the value of the cards in his structure.