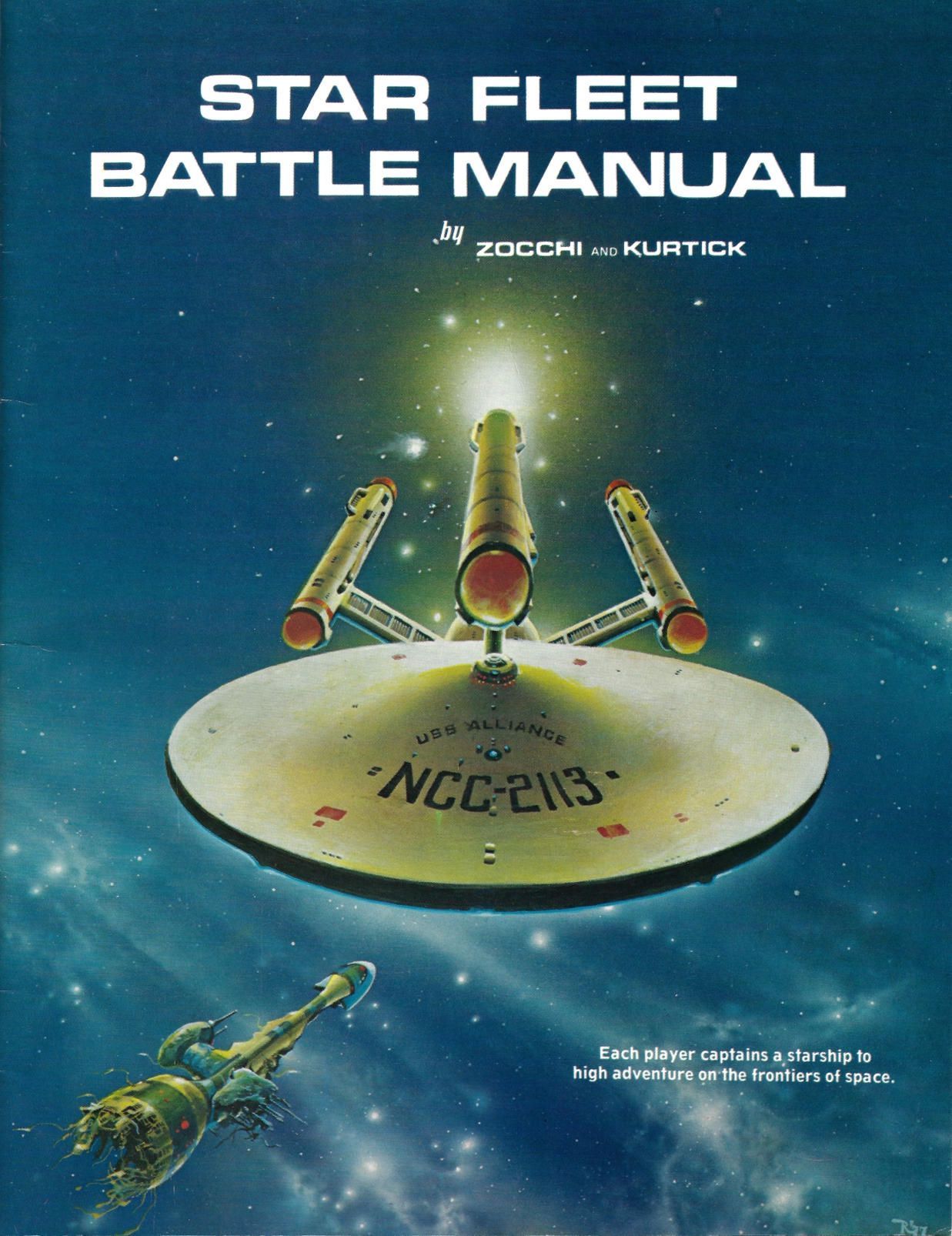 Little-known today, Star Fleet Battle Manual (SFBM) is easily confused in name with the much more complex "Star Fleet Battles" boardgame. Crawling around on the floor, and spatial skills for estimating firing angles make the game unlike most of its cousins. A playing area of perhaps 8 feet square is the minimum requirement, 12 feet square is better, with a bare floor or very short carpet. Two or more players plop down their starships on the floor. Everyone plots their moves simultaneously, allocating limited engine energy to some combination of movement, shields and weapons. Moves are executed simultaneously. Weapons have varying arcs of fire, and shield strength is independent on the four sides of the ship, so clever move plotting is critical to victory. After movement, there is simultaneous combat. Shooting is the unusual element of the mechanics. Each starship has a compass card, with a silhouette in the middle. The player must estimate the exact correct angle to fire at, stretch out a string from the center of their card, and hope that their chosen angle intersects the silhouette of the chosen opponent. Damage is logged in points against different capabilities of the starship, allowing for the damaged or crippled ships familiar from the Star Trek TV episodes and films. Different weapons and angles of fire allow for unique abilities for different races and starships. The game was originally published in 1972 as Star Trek Battle Manual (this was not licensed and therefore was not sold for long). The closely related Alien Space Battle Manual came out in 1973, offering a completely different set of alien races and somewhat different hit/damage rules, but allowing for interplay between the two different games.