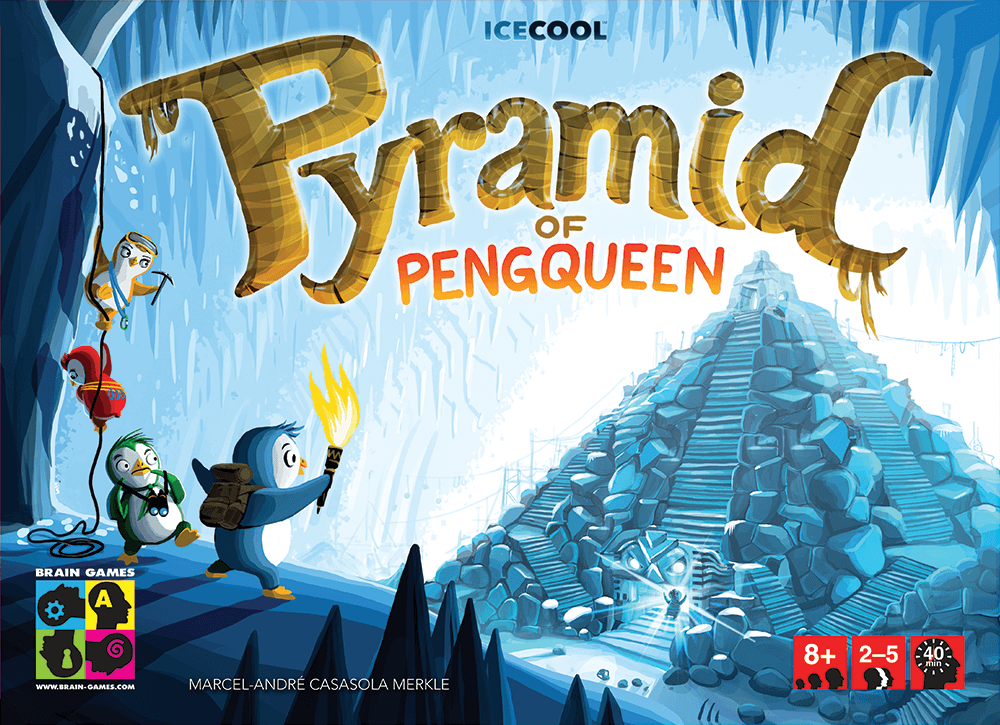 Fluch der Mumie (Curse of the Mummy) is a game with asymmetrical goals. While one player as the Mummy tries to catch tomb raiders, the other players try to secure as many treasures as possible from the Pyramid. The game is played with magnetic playing pieces on two sides of a vertical board, so the Mummy player cannot see the pieces of the tomb raiders. As the Mummy piece consists of two parts (one on each side of the board) the tomb raiders on the other hand know the movements of the Mummy. They move their pieces via dice rolls and judging by the color of the tomb raiders treasure goal cards and their dice rolls, the Mummy player tries to deduce their position on the board, while they try to evade him. When the Mummy moves over a tomb raider, he is "caught" by the Mummy magnet, thrown into the dungeon and loses some life points. The mummy wins when it earns a certain number of life points, while the tomb raiders have to secure a certain amount of treasures. Ravensburger states that bluffing and memory also play a big part in this game. Contents: 1 magnetic game board, 1 magnetic mummy figure (2 pieces), 4 magnetic treasure hunters (tomb raiders), 12 life points, 5 treasure hunter dice, 1 Mummy die, 23 mission cards, 2 cover tiles.