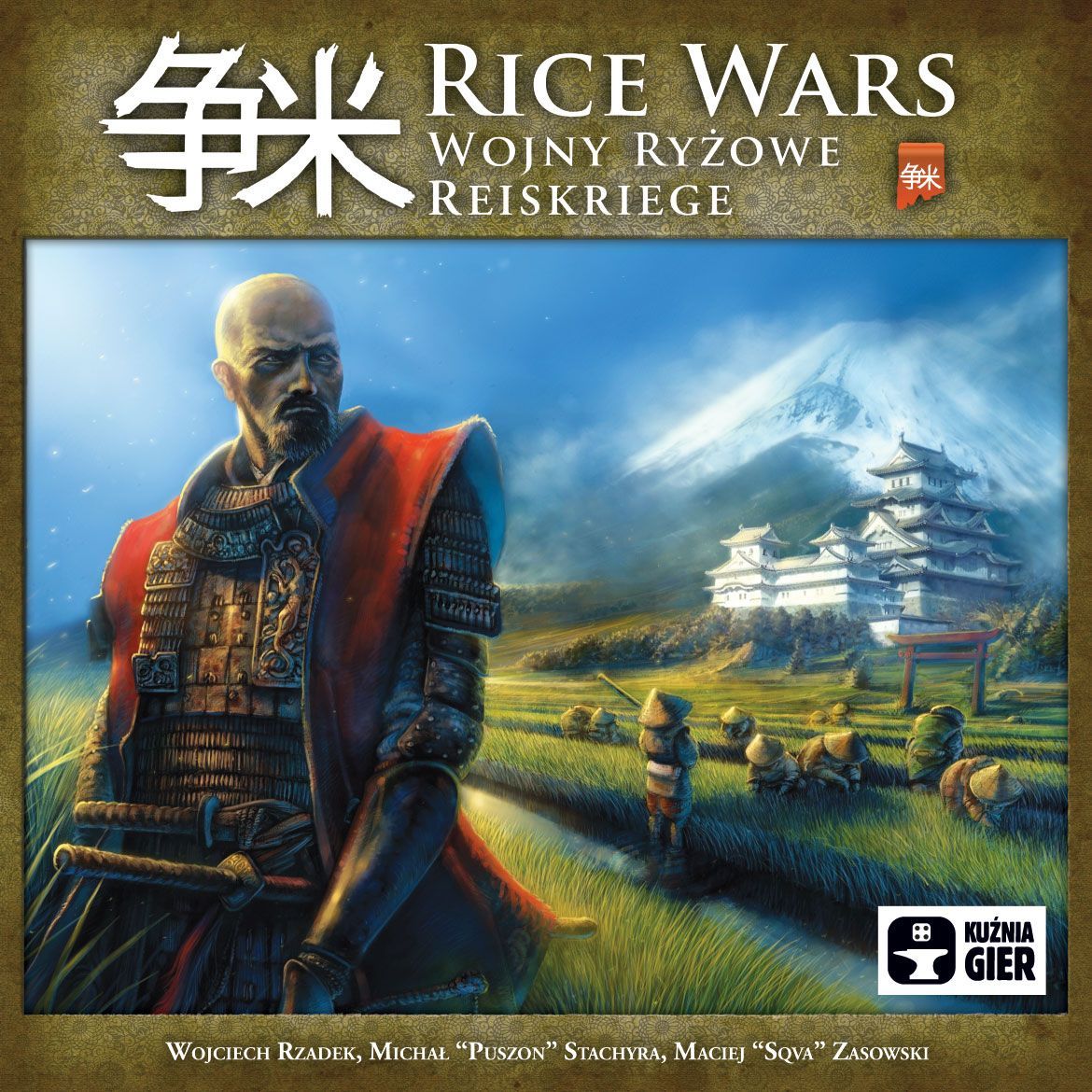 Become The Daimyo – a head of a Japanese noble house and clash in battle with your power-hungry opponents. Rice Wars is the economic strategy game set in the XIV-century Japan. Game is suggested for 2-5 players aged 8 years and up. The goal of the game is to manage the resources of the small island of Tokuno and take control of its rice fields. Get the peasants to work for you in the fields, fend off the envious neighbours by sending your ashigaru troops, lend an ear to Imperial Advisors and hire the ronin who can challenge the opposing daimyo to the noble duel to the death. The game contains a two-sided board allowing the players to choose two variants of the game. The simple board is designed for fast-paced play for 2-4 players, while the epic board allows longer and more intricate game for 3-5 players. Enter the world of medieval Japan and fight for victory! The game includes: - the board - 144 tokens - 55 cards - 26 wooden markers - 8 advisor cards - 5 daymio cards - ryo banknotes - the rulebook.