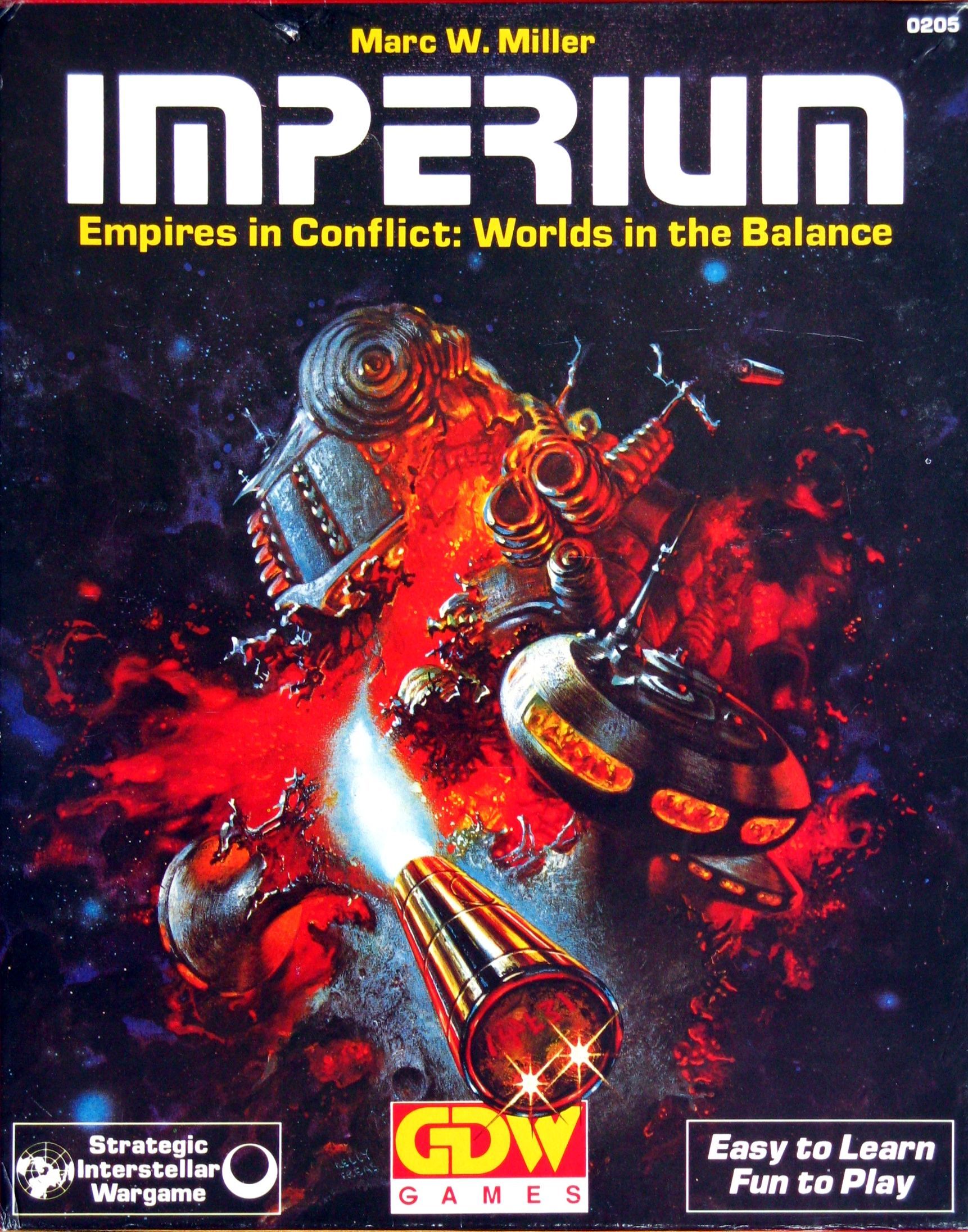 Imperium is a 2-player game of space empire conflict set in 22nd Century AD, and in the history of the Traveller role playing game. It simulates the clash between Earth (Terra) and an alien civilization, represented in the form of a widespread Empire (the Ziru Sirka). Both sides have a variety of starships and ground forces to choose from. Movement takes place via 'jumps' from one star to the next, and conflict is resolved at these 'points'. Reimplemented as: Imperium: 3rd Millennium