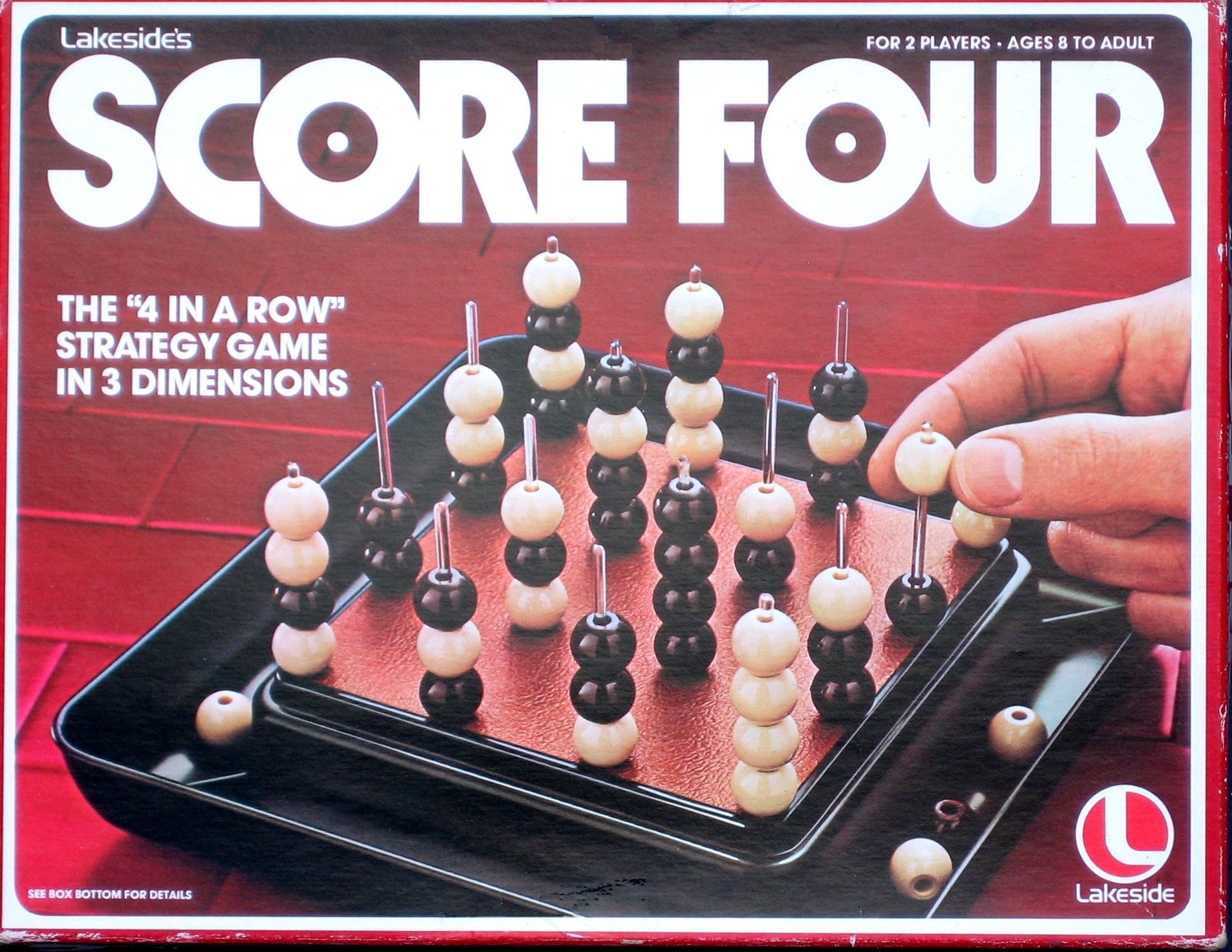 The object of Score Four is to position four beads of the same color in a straight line on any level or any angle. There are variations in the rules for other games in this group. Some allow all beads to be played with winner having the most lines of four. Another rule variation is to allow capturing of an opponent's bead when a line of four is made. The game was first sold commercially by Funtastic. It was then produced, and made more popular, as part of the Lakeside Abstract Series. Various commercial knock-offs resulted after Lakeside ceased selling the game. Similar to: 3D Tic Tac Toe - On a 3x3 grid instead of 4x4 Cube Fusion - One version of game could be played by stacking on a 4x4 grid Eternas - 16 posts arranged in a circle, up to 4 beads per post. No ties. Helix - Though set on a different grid Quadrago - Center 4 posts rotate as unit Qubic - played on a 4x4x4 grid of 64 playing positions Rex Three Way Cube - Though with different play and scoring Hijara