Wings of War: Fire from the Sky - Universal Statistics 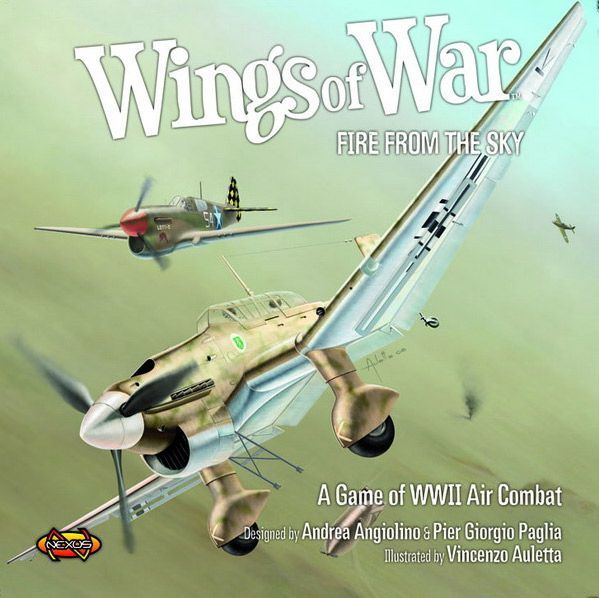 The WW2 series of Wings of War is an easy, fun to play, fast and furious system which previous fans of the game will be able to start playing minutes after opening the box! New game mechanics support a simulation which must encompass planes with very different flight capabilities and firepower, while still keeping the flow of the combat simple as it is in the WW1 series. The innovations to maneuver cards and to the fire deck system provide all the needed historical accuracy with no headaches to the players! “Fire from the Sky” is the second set in the new series of Wings of War games, which will allow you to re-create dogfights, bombing missions, escorts, and endless other aerial combat situations set in World War Two. New fighters are introduced into the system, among which the Curtiss P-40 Tomahawk featured in several allied color schemes including the famed Flying Tigers. Airacobra, Yak 1, Reggiane Re.2001 Falco II, Hien and several other fighters from every WWII front are also included. The newest add to the system are Anti-Aircraft guns in ground nests and three different dive bombers: Stuka for the Axis, Val for Japan and Dauntless for United States and France. Up to 6 planes can fly with the contents of this set, for scenarios with 1 to 6 players. Part of the Wings of War series Expanded By: Wings of War: The Dawn of World War II Wings of War: Flying Legend Squadron Pack Wings of War: Eagles of the Reich Squadron Pack