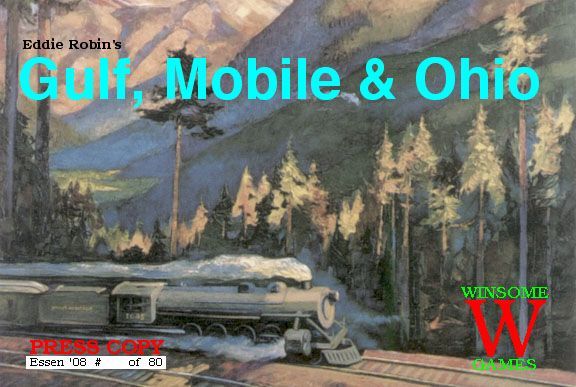 Gulf, Mobile & Ohio is the third entry in Winsome Games's Historic Railroads System and is set to be released at Essen 2008 along with the second game in the series, German Railways. Publisher John Bohrer describes it as a "No luck game about building railroads in the South, 1830-1860," and notes that "The map runs from Richmond to New Orleans, from Memphis to Savannah." Elsewhere it is also stated that GM&O will be the "gamer's game" of the two new HRS games released this year.