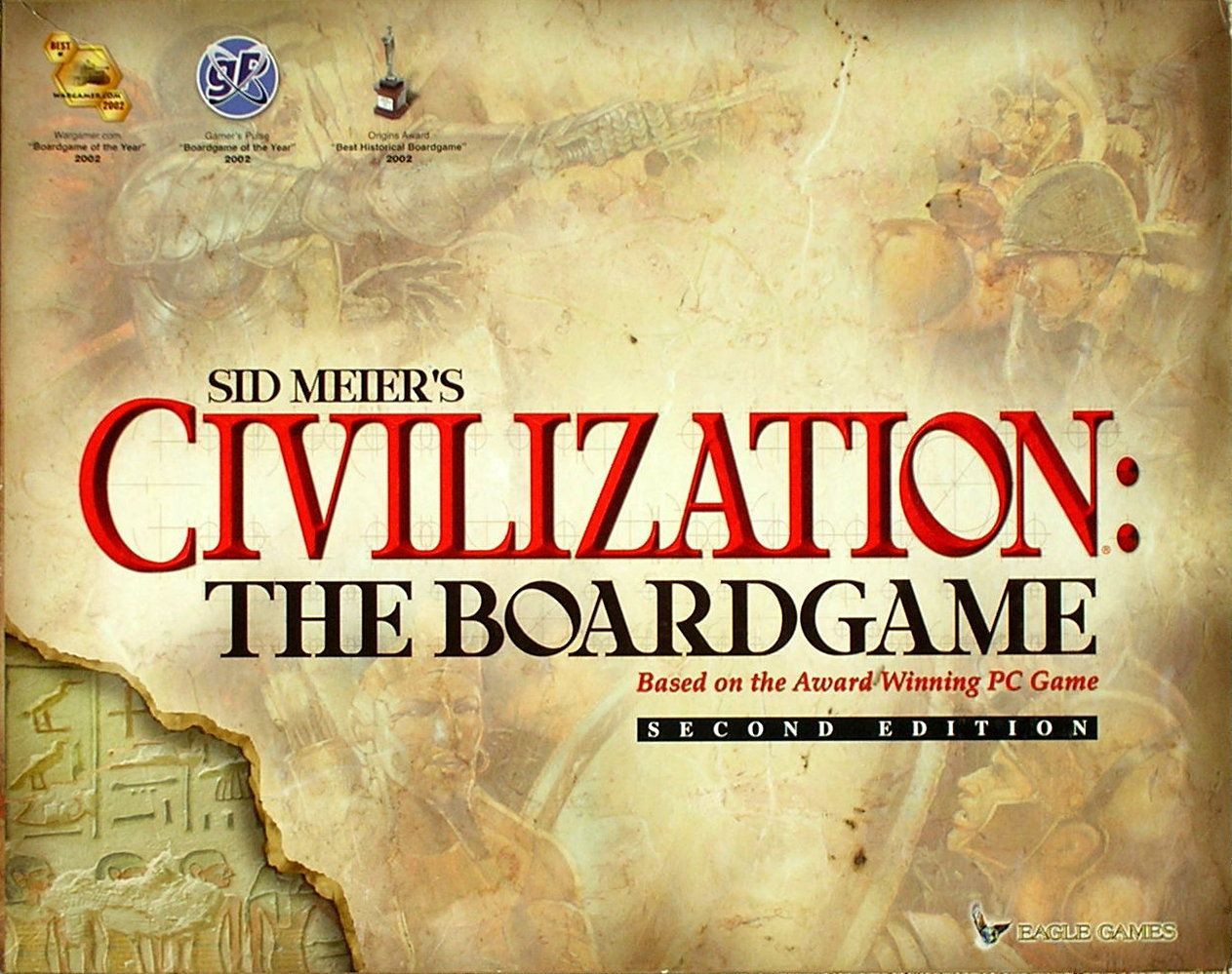 This entry covers the 2002 release of Sid Meier´s Civilization: The Boardgame by Eagle Games. This game is unrelated to the similarly named 2010 FFG game Sid Meier's Civilization: The Board Game. A boardgame version of the award-winning PC strategy game. Create a civilization to stand the test of time! The game begins in 4000 BC where the players found a pair of villages of a fledgling people. Each player’s civilization : Explores the world around them, discovering resources and the native people that defend them. Expands by sending settlers out to create new cities. Researches new technologies to gain advantages over the other players. Builds unique “Wonders of the World”. Increases the size of their cities (4 sizes from village to metropolis) to increase production. Builds military units to defend what’s theirs, and to conquer what’s not. Features: 2 sets of rules (standard, and advanced) allow anyone to play the game. 784 plastic pieces featuring 22 different, professionally sculpted playing pieces that represent cities, settlers, armies, navies, artillery, and air units from 4 different eras. Over 100 full color Technology and Wonder cards. A giant 46” x 36” gameboard featuring the artwork of Paul Niemeyer. This game has been reimplemented in 2007 as Civilization CHR ("open source" project)