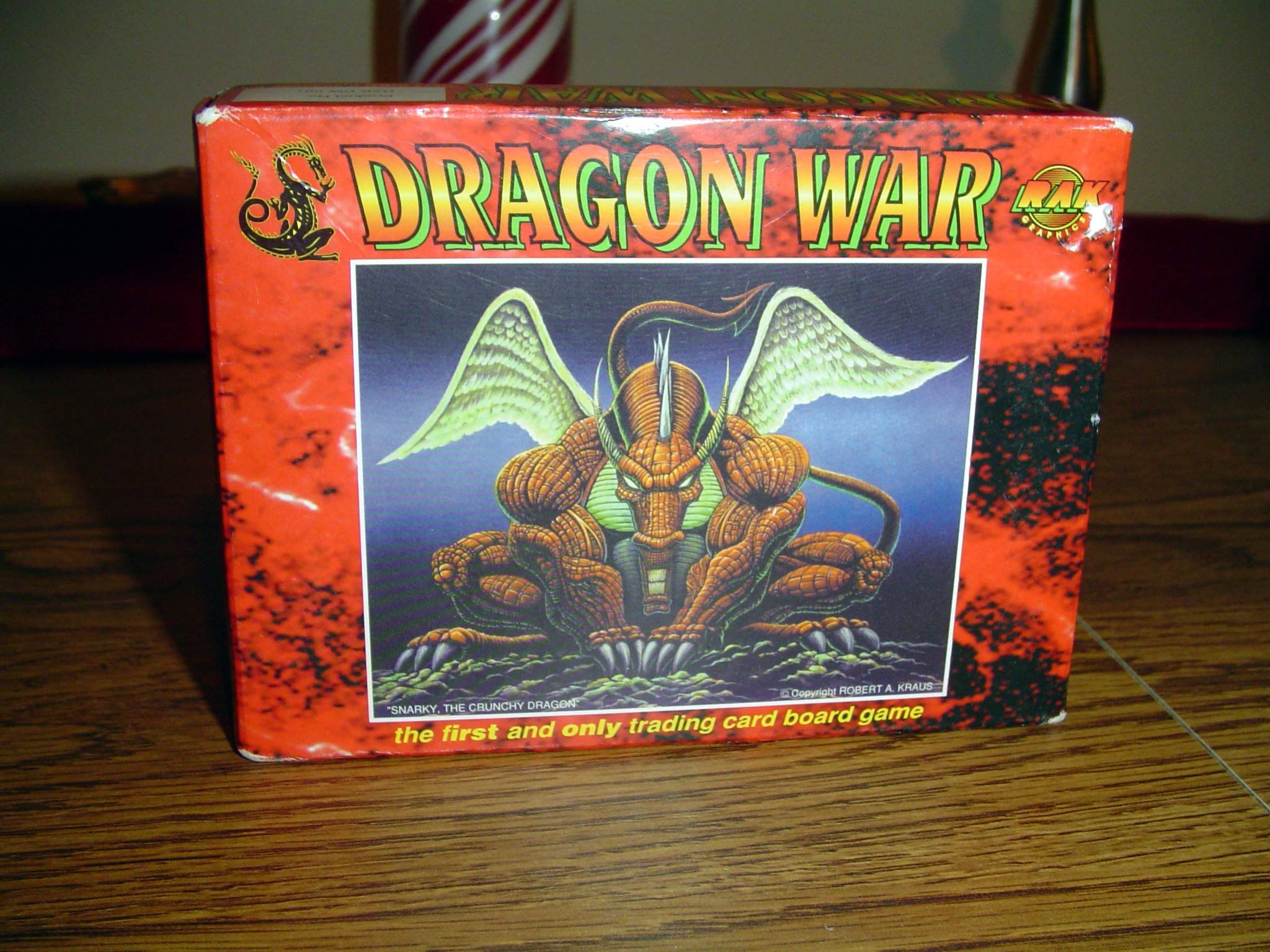 Dragon War is a roll-and-move boardgame in which the board (basically a linear path) is built with cards. Each card depicts a fantasy creature along with 3 board spaces (e.g. the Pegasus card contains a "Safe Haven" space, a "Trade Places with Next Player Forward" space, and a "Fly Forward Three Squares" space). There are several expansions available to extend the basic set. FROM THE BOX COVER: The Legend... The ancient King of Dragons, Marloon, has died leaving the Dragon Throne open for the first time in ten thousand years. The surviving dragons are thrust into a war to determine who will be king. As the mighty creatures battle, a few brave adventurers search for Marloon's castle. Legends say that if a champion finds the throne room, before the Dragon War ends, they shall rule the dragon empire. Who will it be? - Complete game in every box. - Up to 6 players ready to start. - Easy game play for beginners. - 36 Strategy cards challenge advanced gamers. - Battle each other and the game board. - Endless pattern feature, never play the same game. - Explosive fast paced action. - Unlike any other card game. - Larger and bolder art. - Alpha set is singed and numbered. - 10% of the games come with an orignial fantasy sketch. - A 40 card art gallery from world famous artist Robert A. Kraus. - 40 fantasy game cards that form a board. - 6 unique character tiles. - 6 unique character cards. - 6 death counters. - 6 death grids. - 1 die.