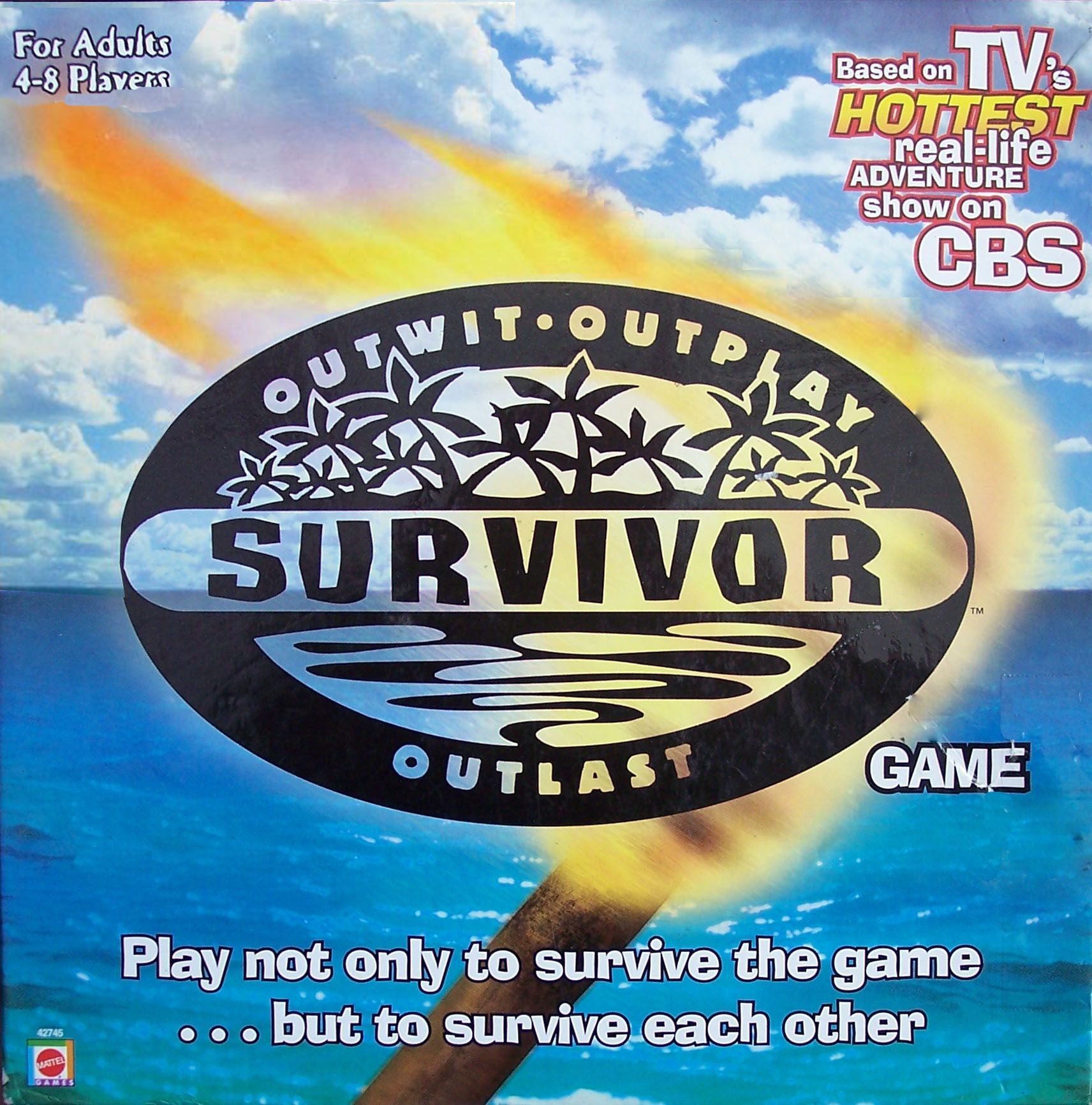 This game is based on the TV show of the same name. The setting is a desert island. First as teams, then as individuals, players engage in a number of activities, including answering riddles, guessing items from a series of clues, guessing teammates' answers to Scruples-style questions, and Pictionary-like drawing competitions. Winners obtain tokens representing survival items such as food and matches, which are useful for other challenges. During successive turns in the end game, players vote together on who should be expelled from the island. When only two people are left, all the other players vote together on who should be the sole Survivor.