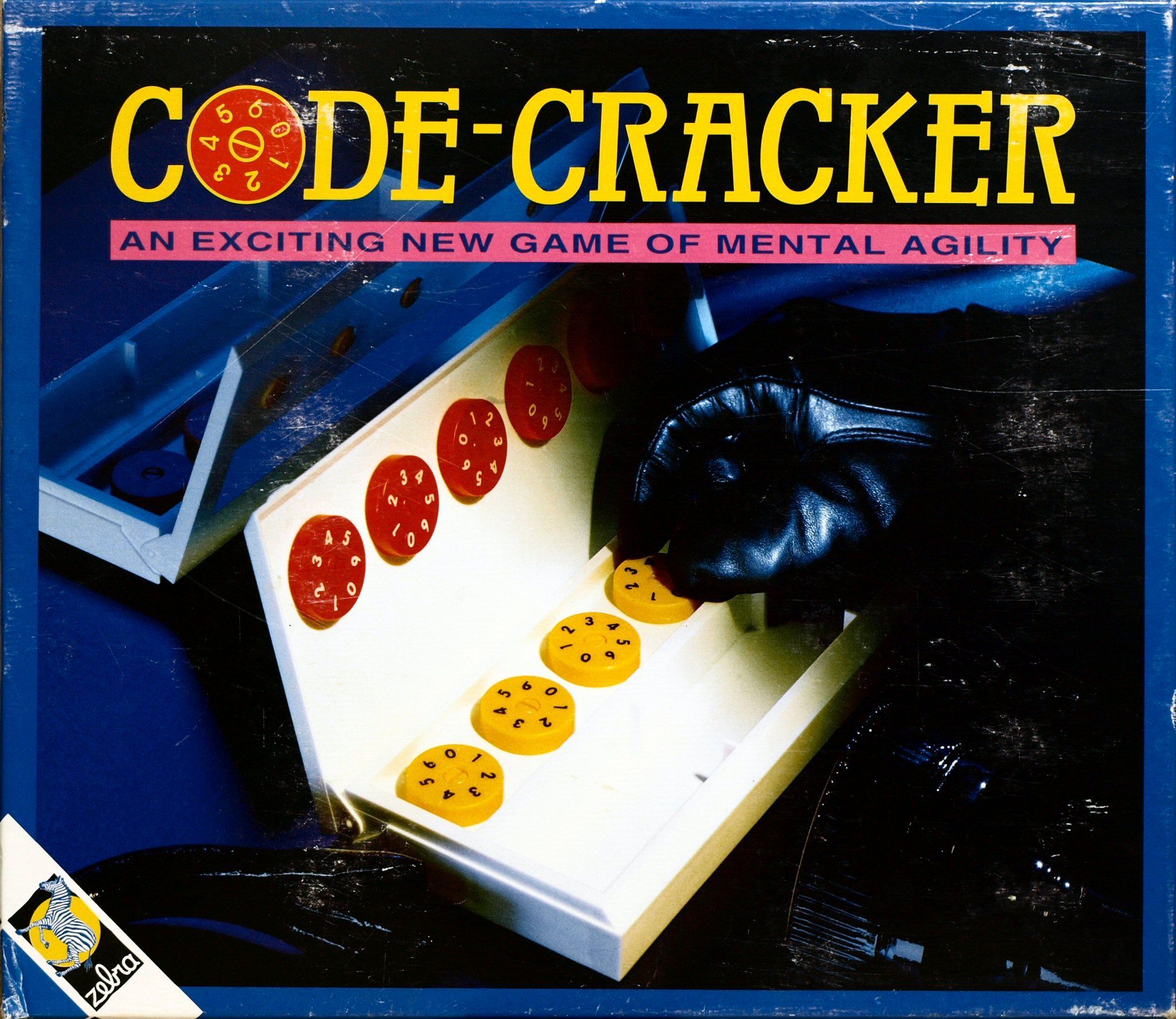 Each player has a rack with a row of six disks on top and a row of six disks on the bottom. Each disk has numbers from 0 to 6. The top row is adjusted by the players to form their 'secret codes' while the bottom is used to deduce the code of the opponent. The codes are cracked by drawing question cards, which must be truthfully answered by the opponent. The questions are in the form of simple mathematics involving the dials on the secret code, such as "what is the sum of the third and sixth figures" or "multiple the second figure by the fourth". By collecting the information in this manner, the players try to deduce the secret code of their opponent, and the first to do so wins!