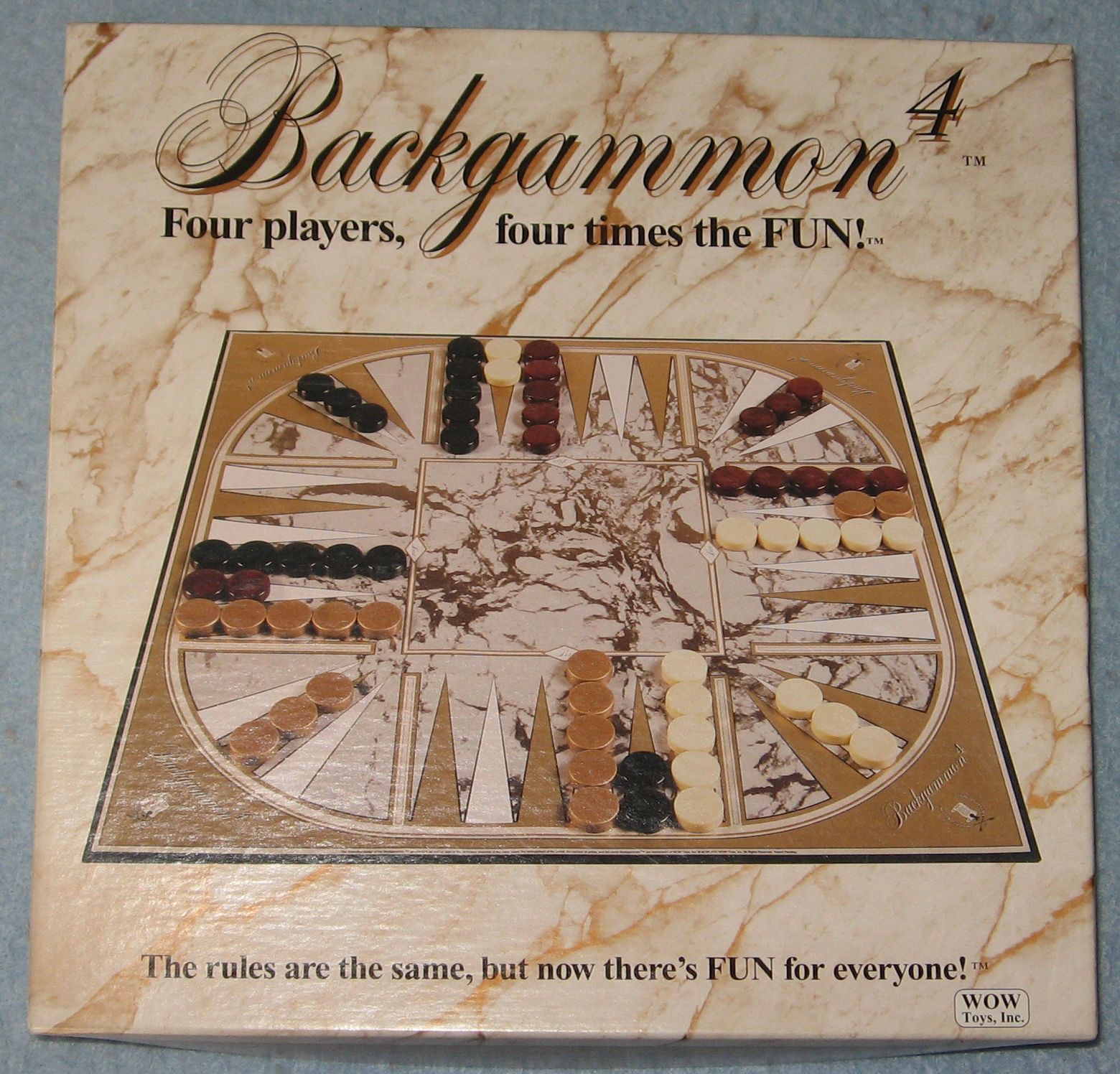 A nice-looking variant for four players, by the same company that produced Four Player Chess. Picture a "rounded square" with six backgammon points on each side of the square, then add three new points in each corner. The board is reversible, with traditional backgammon on the reverse side. Regular backgammon rules apply for movement. The setup is slightly different, since the points "farthest away" from your home court are used by another player, so those 2 stones start one unit closer to home. The major change is direction - that all players in a three or four player game are moving clockwise. Evidently there is no way to set up four players with two running clockwise and two running reverse. There are variants listed, including team play where two players can have stones resting on the same point. For two players on this board, each gets two sets of pieces. This game differs from Quadragammon in that there are four complete sets of stones and the board has additional points printed in the corners. And its main difference, the all-clockwise movement. Contents - reversible board (4-fold), 4 sets of stones, 2 dice (!) and rules.