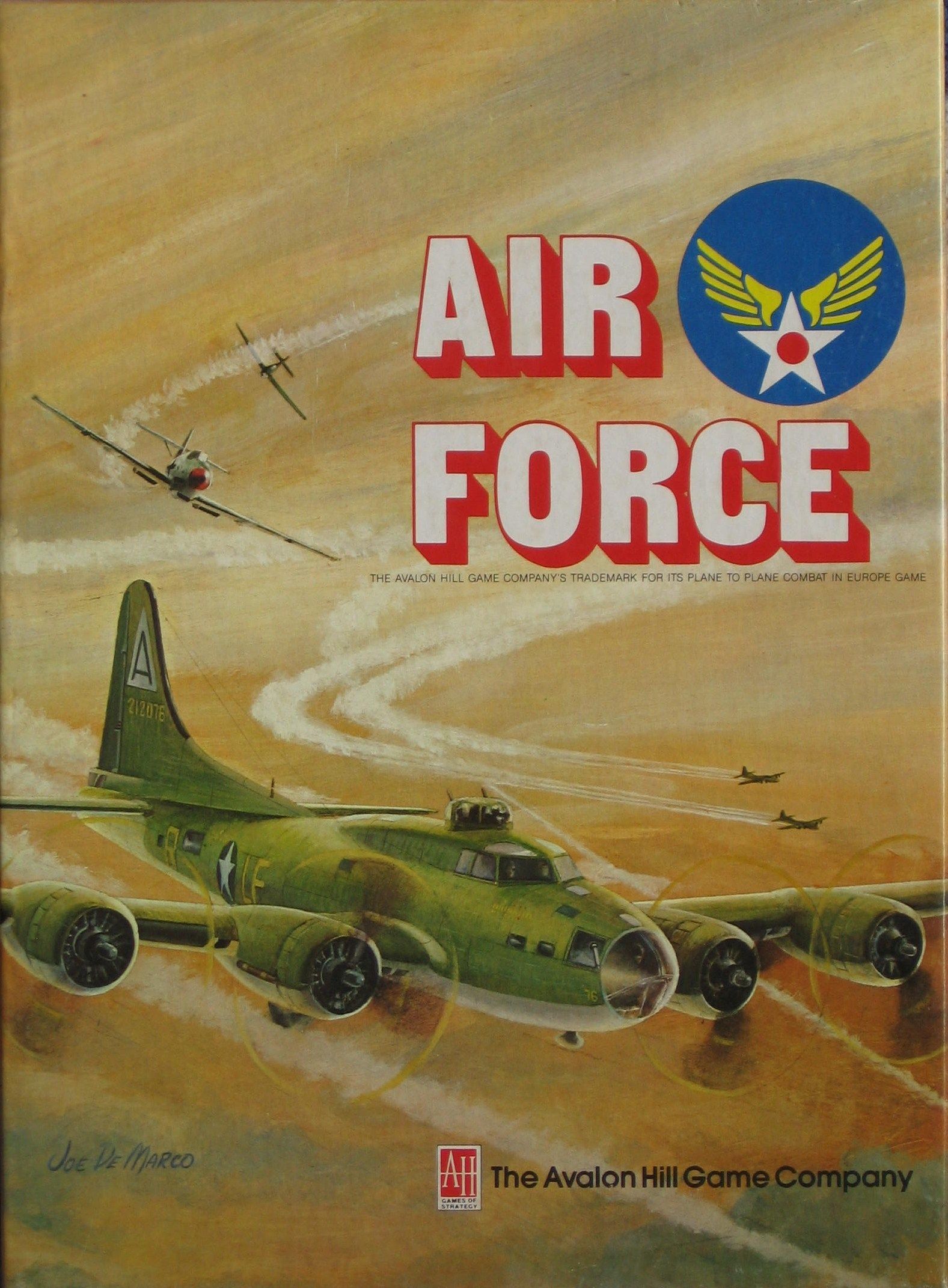 A tactical simulation of air combat over the Europe during WWII. Each player controls one or more aircraft represented on the board with one counter per plane. A card contains all the relevant maneuverability, speed, and weaponry data. Each plane is also has a log column containing ammo records, damage records, moves, altitude, speed, and attitude. All movement is pre-plotted and then executed on the board simultaneously. Hits are determined based on relative facing, range, and gunnery factors and are rolled on a CRT. Damage is scored against various components (wing, fuselage, engine, etc). Rules are also included for air-to-ground combat. Victory is by scenario.