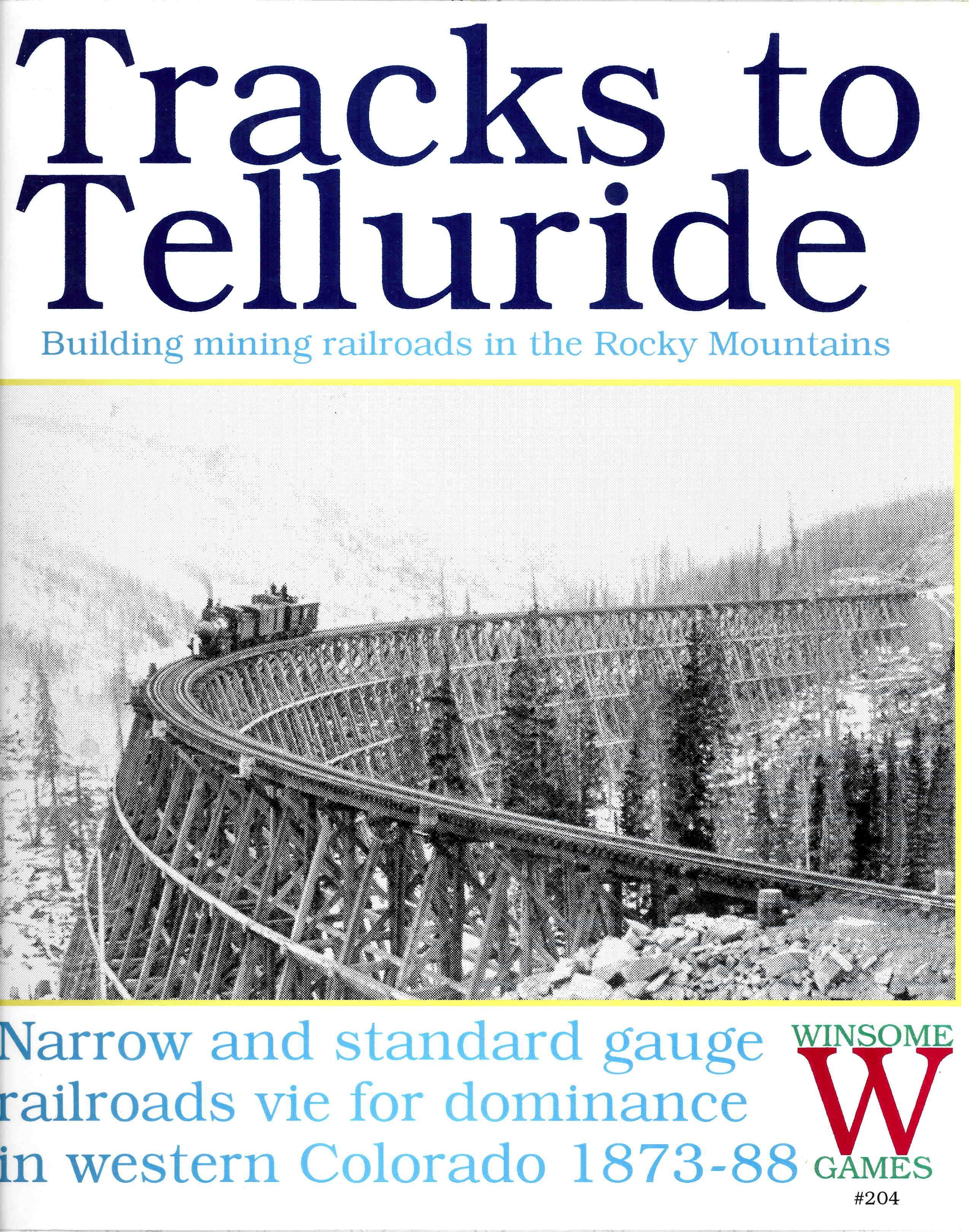 Railroad game set in 19th century Colorado features an unusual board construction mechanism, apparently patented: four sheets are joined each at one corner and rotated out to fully display. Crayons are used to draw narrow- and standard-gage track on the hex map. Income is acquired by contracting mines and by first entry into cities. Interaction is provided in the form of lawyers, whose injunctions can stop opponents from blasting their way through difficult mountain passes. Advanced Tracks to Telluride (1995) is a ziplock bagged expansion game kit by John Bohrer, the resulting game lasting 6 hours. Colorado Rails is the cheaper tube version of Tracks to Telluride. Tracks to Telluride is also the German tube edition.