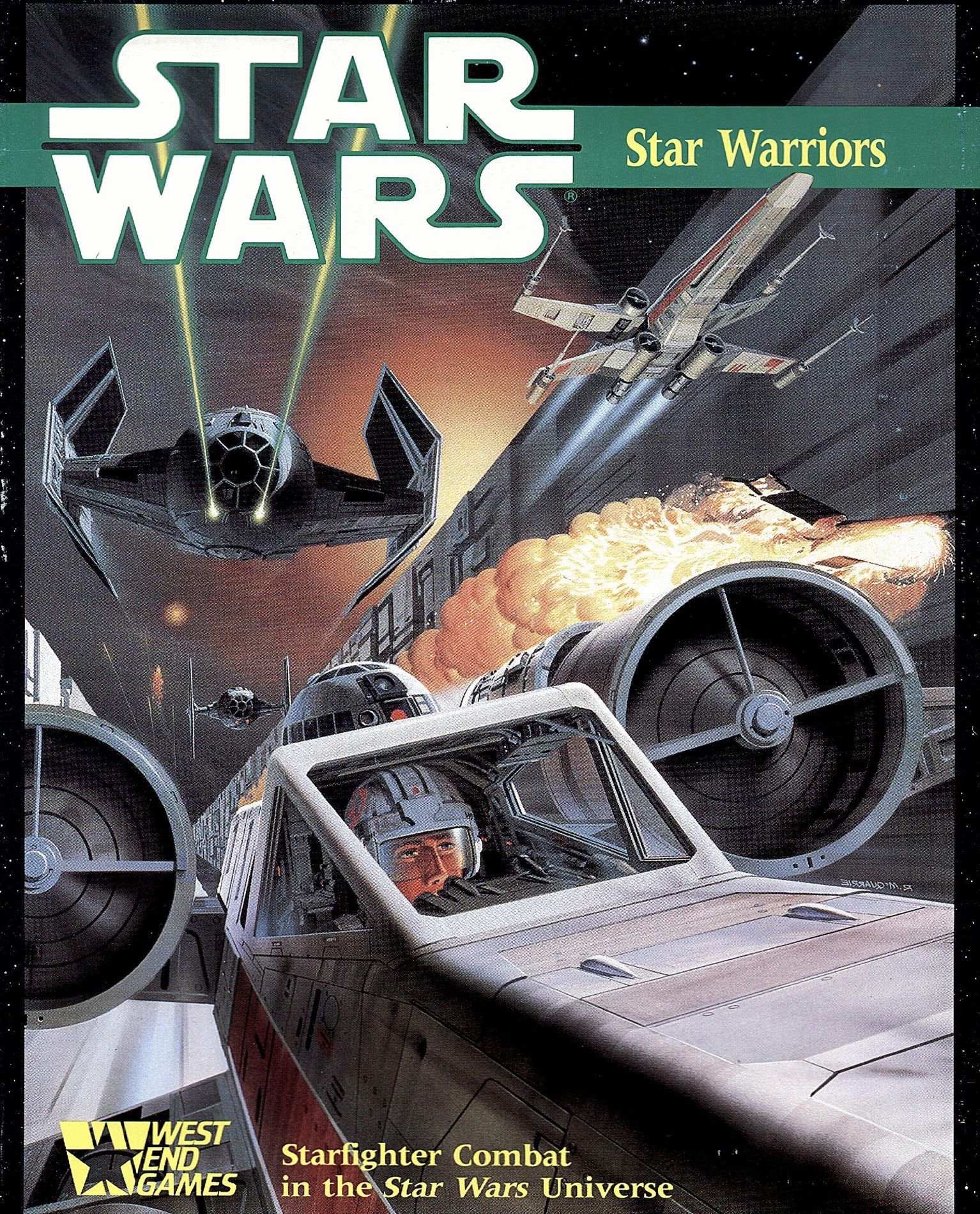 Star Warriors is a science fiction starfighter combat game based in the Star Wars universe. You can fight A-, B-, X- and Y-Wings against Tie Fighters or Interceptors—there are even rules for fighting against a Star Destroyer. Movement is simultaneous and, depending on the number of maneuvers you make and the complexity of the maneuvers, there is a difficulty value. Your pilot has to roll against that difficulty value to get all maneuvers done. If you don't get the roll, you blow the hardest maneuver. The difficulty values work like in West End Games' Star Wars: The Roleplaying Game and, in fact, Star Warriors can be used with SW:TRG.