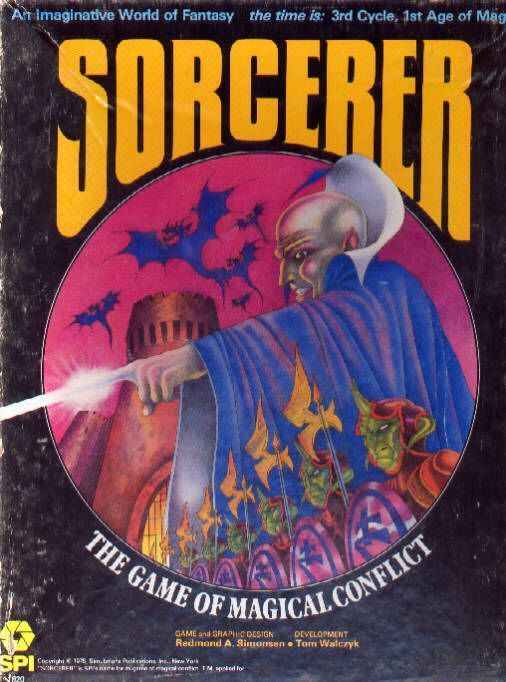 Sorcerer is a fantasy wargame. Each player has an army consisting of Sorcerers, human infantry, and magical units (trolls, demons, and dragons). Sorcerers specialize in types of magic represented by 7 different colors. Sorcerer adds a twist to the old "combat differential" system (attack strength minus defense strength) by adding a circular system of combat bonuses based upon what colors of magic are attacking each other; Blue/Green/Yellow/Grey/Orange/Red/Purple with each color having a strong advantage over it's neighbor to the right (with Purple circling around to have power over Blue) and a disadvantage against it's neighbor to the left, with lessening combat bonuses the further away the color is from itself. Combat bonuses are also given based on map position as the hexes alternate colors of magic instead of representing physical terrain. Attacking from one's own color is good. Several different scenarios are included in the rulebook that range from 1 to 6 players.