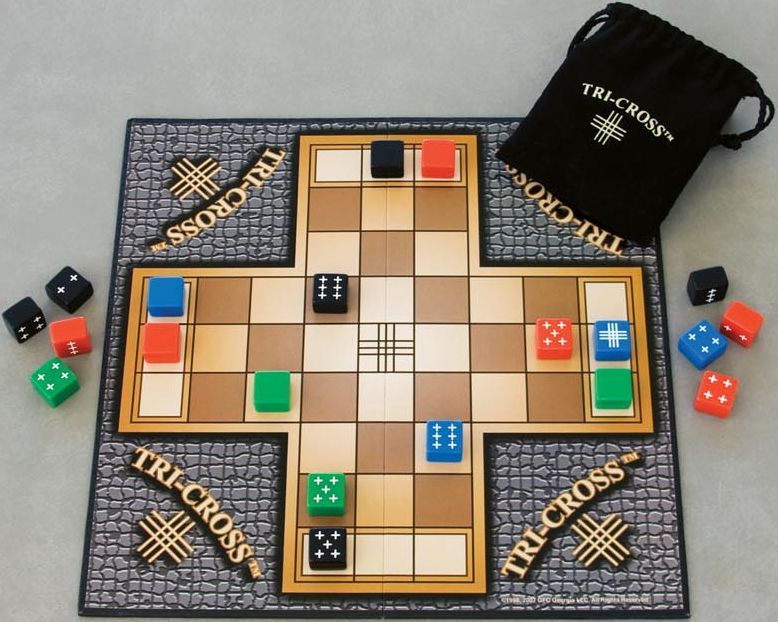 An abstract strategy game played on three rows and columns that cross in the centre with pieces of various strengths and powers ("chess-like"). Players begin with hidden pieces, described as a "poker-like element" by the designer -- challenges between players will reveal the pieces, at which point various captures may be made. As stated, the winner is the player who controls the center for four consecutive turns. Tri-Cross is a classic game of strategy for the 21st century that can be learned quickly and played within a short period of time. Tri-Cross has five variations of play and can be played with 2-4 players individually or by teams. http://www.gamesforcompetitors.com/