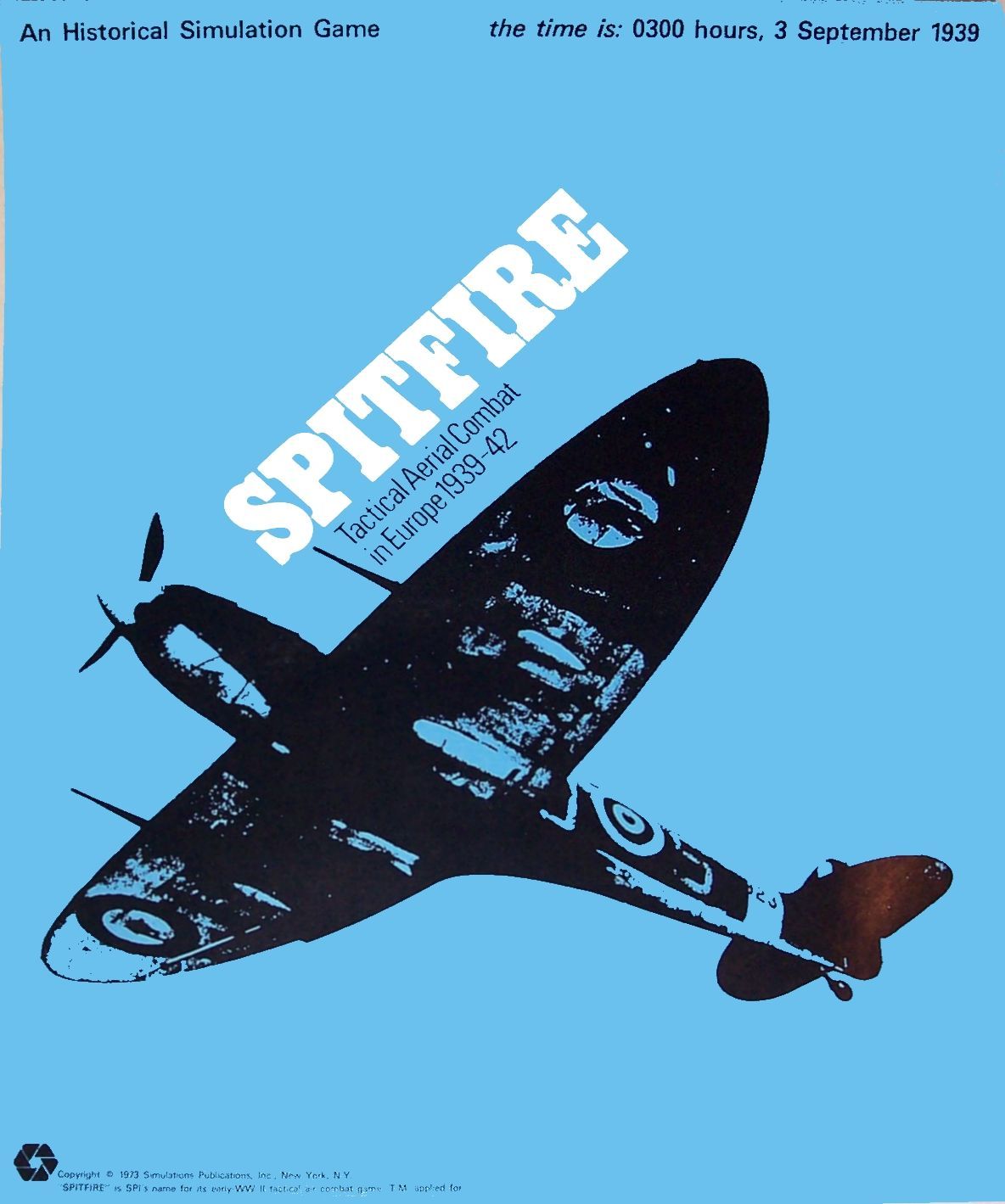 Individual aircraft and small group combat during WWII. Bomber and air superiority missions. 255 Counters Planes represented are from the early war in the European theatre. The game's namesake, for example, appears in the Mark 1 and Mark V versions only. It uses a simplified system for maneuver and combat that emphasizes game play over realism, and is very playable. Realism buffs will want to modify the rules or look for a different game. Changes in a plane's status are recorded by moving counters rather than using a pencil and paper. Changes in elevation, for example, are indicated by moving a counter along a looped Climb Progress track (different in length for each plane) until passing the 'top', which means the plane has climbed to the next level. At this point the counter on the board representing the plane is replaced with one showing its new level (numbered 1 - 20). Hits are noted on the speed track, such that the plane's maximum speed is reduced as it takes more hits, until the stall speed is reached, when the plane is considered shot down. Each plane uses a unique firing table printed on its record card. A plane's maneuverability is characterized by its ratings for turns, barrel rolls, wing-overs, and diving costs, as well as its acceleration. Play set scenarios, or simply pit your favourite planes against each other in a dog fight!